Unvanquished The Tale of Two Sisters 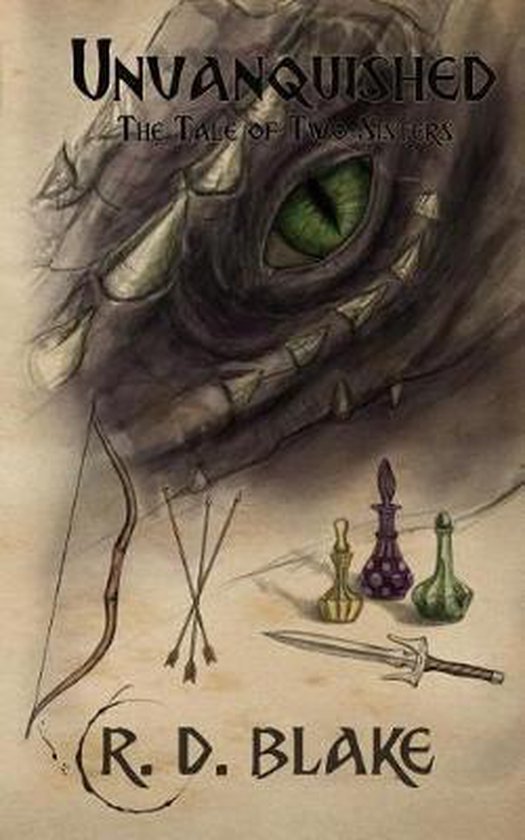 King Sylvian Jolivet slowly rose from his prostrated position before the icons of his faith. Despite the past hour of baring his soul before his Lord, he felt little peace. He had allowed no priest to accompany him or to act to intercede on his behalf. There were secrets, no, not of the kingdom, that he wished no clergy, no wife, no man or trusted advisor to be privy to. These were to be kept within his own heart and shared only with God.

The king stood staring at the sacred emblems, willing himself to believe, to have faith, to find the inner resolve to carry on, to not lose hope.

His world was changing. No, that was not true. It was reverting to what it has once been. Mankind had gained ascendancy millennia ago in this world and had ruled unopposed, but that was very much in doubt now, perhaps had always been. Those creatures believed to have been defeated and later obliterated, were now reappearing in pockets about his world and on this continent, even within his own kingdom.

Was that not why he had agreed to what he had with his daughter? With Kara? Initially, the king had brushed off those words of the seeress, believing them sheer foolishness, but the advent of the trolls in the northern mountains had begun to cause to him waver. At word of the return of another ancient threat in the fastness of far distant Skäneland, he had sought out the seeress once again and had taken her counsel.

Still, the king didn't understand it. His daughter, his head-strong, mannish and difficult child, Kara, was predicted to stand at the fulcrum of what was to come. And the irony of it all was that he had granted her her most fervent wish. He had agreed to her training, though he had insisted that she be kept ignorant of the reasons for his acquiescence, not that he truly comprehended what she might ultimately face.

A bitter and rueful smile crossed the king's face. He had grudgingly acceded to surrendering his one daughter to a prophecy, but in no way had he agreed to sacrifice his other child: Margaux.

King Jolivet moved to grasp the handle to the door into this room that seemed his only remaining sanctum. He had prayed, begged, pleaded. Still, he had no found no boon of calmness here before his Lord. Disarmingly, he discovered he was a mere man, as every other within his kingdom, holding little faith and less trust. Yet he must find the means to instil it and cause it to rise within all the men and women of his kingdom. He felt a failure, inadequate to carry out what a king and a leader must do.

But foremost, in his heart and in his soul, he was a father, a father who had abandoned his two daughters to a vague prophecy and to a fate worse than that: to Darkspur, the black dragon.
Toon meer Toon minder