Uranium in the Environment Mining Impact and Consequences 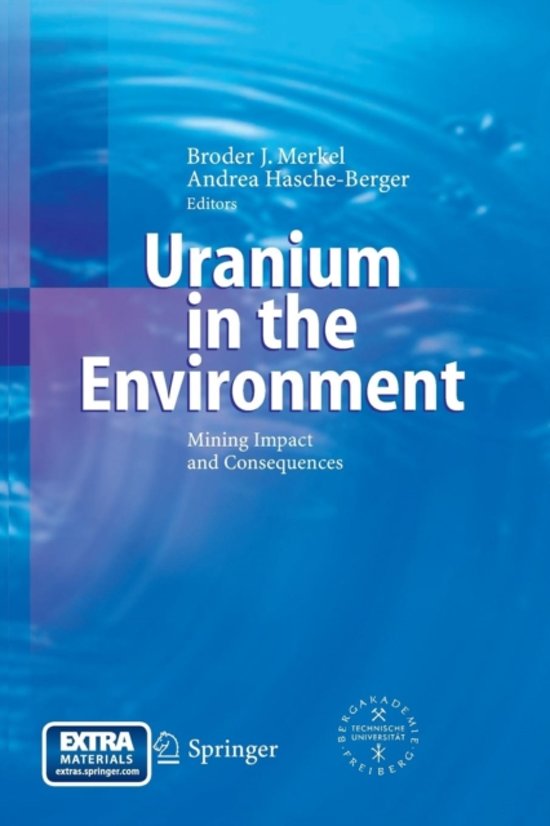 Uranium is an element to be found ubiquitous in rock, soil, and water. Uranium concentrations in natural ground water can be more than several hundreds ug/l without impact from mining, nuclear industry, and fertilizers. Considering the WHO recommendation for drinking water of 15 ug/l (has been as low as 2 ug/l before) due to the chemical toxicity of uranium the element uranium has become an important issue in environmental research. Besides natural enrichment of uranium in aquifers uranium mining and milling activities, further uranium processing to nuclear fuel, emissions form burning coal and oil, and the application of uranium containing phosphate fertilizers may enrich the natural uranium concentrations in soil and water by far. In October 1995 the first international conference on Uranium Mining and Hydrogeology (UMH I) was held in Freiberg being organized by the Department of Geology at the Technical University Bergakademie Freiberg by the support of the Saxon State Ministry of Geology and Environment. Due to the large scientific interest in the topic of uranium a second conference (UMH II) took place in Freiberg in September 1998. Furthermore, in September 2002 scientists working on the topic of uranium mining and hydrogeology attended the third conference (UMH III) which was jointly held together with the International Mine Water - sociation (IMWA) Symposium 2002. The reviewed papers and posters of the 2002 conference have been published by Springer entitled Uranium in the aquatic en- ronment (edited by Merkel, Planer-Friedrich and Wolkersdorfer)."
Toon meer Toon minder