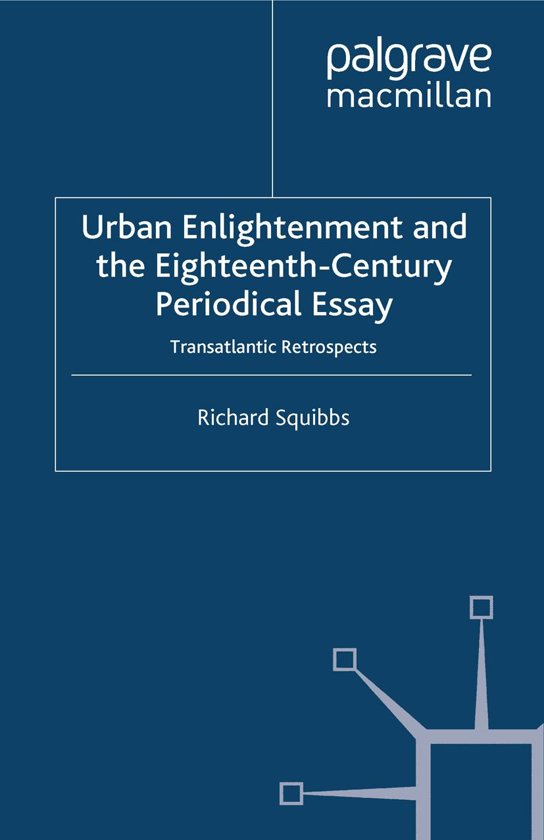 Urban Enlightenment offers the first literary history of the British periodical essay spanning the entire eighteenth century, and the first to study the genre's development and cultural impact in a transatlantic context.

[A] lively and important book... a fascinating portrait of a genre that might, if critics like Squibbs have their way, displace the novel as the arch-genre of the period in scholarly minds... Scholars of eighteenth-century writing, on both sides of the Atlantic and beyond, will be very grateful for Squibbs's close attention to and invigorating reinterpretation of one of the Enlightenment's defining genres. Nikki Hessell, The BARS Review Squibbs has delivered on his promise to shed light on lesser-known works that enrich our understanding of eighteenth-century literary culture in all its diversity, and has demonstrated that these essayists were important commentators on an emergent modernity in which print and the cultivation of taste and manners were deemed crucial. He firmly situates these essays in their social and political contexts, which is all the more impressive since he deals with more than a century of history in England, Scotland, and the United States. Devin Vartija, Tijdschrift voor tijdschriftstudies
Toon meer Toon minder