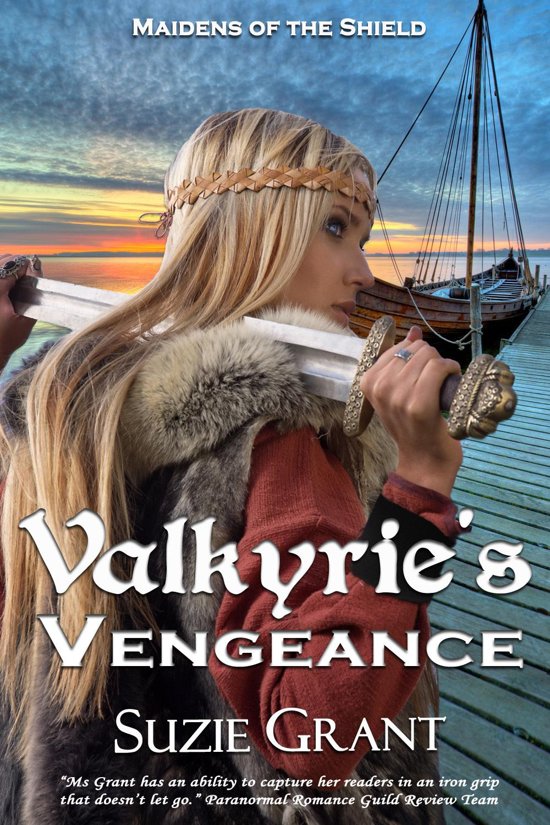 Stranded on foreign soil. Rescued and raised by the enemy. Tyra Svensdottir declares war on her own people after witnessing the death of the very woman who'd saved her life. Kidnapping the man who wields the sword of the underworld—Hel's Hammer—Tyra forces him to repair her shipwrecked vessel. Her quest to kill the swordsman's king takes them across frigid waters on a myriad of adventures and a voyage of sensual discovery.

Rorik Thorlicksson uncovers treachery within his clan but in order to return home to warn of the impending attack, he must yield to the woman holding him captive. Along their voyage he unravels the mystery behind his captor. He discovers she is the woman promised to him in wedlock at birth though her disappearance years ago released him from his betrothal. Dissuading the little heathen from her purpose and into his bed becomes a more appealing prospect with every passing day.

Blood vengeance brings them together even as desire binds their hearts. Amongst the secrets and obscurities of their destinies, they find a love that spans a lifetime as well as an end to A Valkyrie's Vengeance.