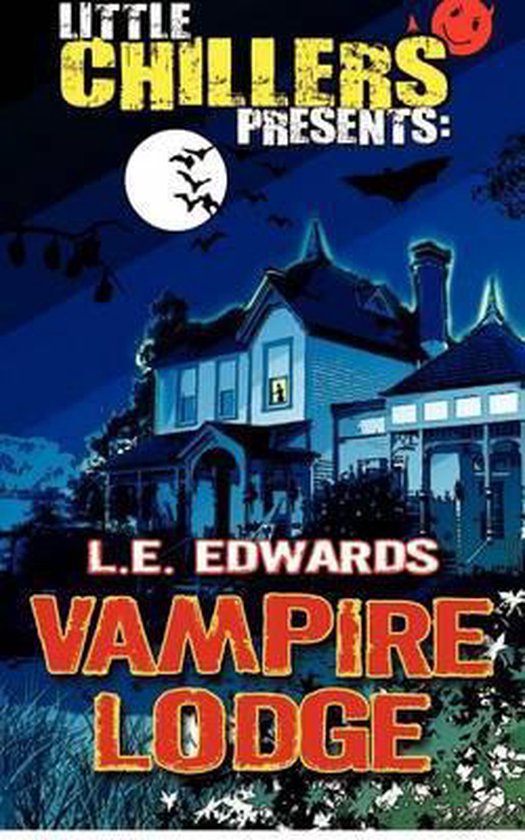 "Look," Kevin said. He pointed up the great dark face of the back of the lodge... "There's our room." Just then, though, the boys flinched. Several small, barely seen shapes seemed to flutter past their faces. "What was-" "-that?" Kevin finished. A faint chittery sound squeaked above them, rapid and whispery. Then the shapes fluttered past a second time. "Are those... birds?" Jimmy asked. "No," Kevin finally realized. "They're bats " "Run " Jimmy shouted. And they ran, alright. They ran as fast as they could... But before they could make it completely out of the darkness, and with the circles of bats still squeaking above their heads- A tall, dark figure quickly stepped out in front of them, blocking their way... --- When Kevin and his family visit his Aunt Carolyn, unusual things begin to happen, some of them downright creepy. And come to think of it, Aunt Carolyn is a bit creepy herself. She's pale, thin, always wears black, and... Why has Kevin never seen her in daylight? She lives in an old hunting lodge way back in the woods, and the lodge is full of locked doors, dark hallways, and secret passages: a perfect place...for a vampire. And when the darkness falls and the shadows thicken, Kevin learns more about his aunt and her gloomy mansion in the woods. And he hears the strangest sounds at night. Why are so many bats seen around the lodge? Why is the grumpy groundskeeper digging around the back yard late in the wee hours? And was that really a coffin he saw in the basement through the crack in the door? When Kevin finally learns the answers to these questions, he's left with no choice but to admit the truth: Vampires do exist, and his Aunt Carolyn isn't the only bloodsucker in the house Join Kevin, his family, and creepy Aunt Carolyn as the secret in the basement is finally revealed
Toon meer Toon minder