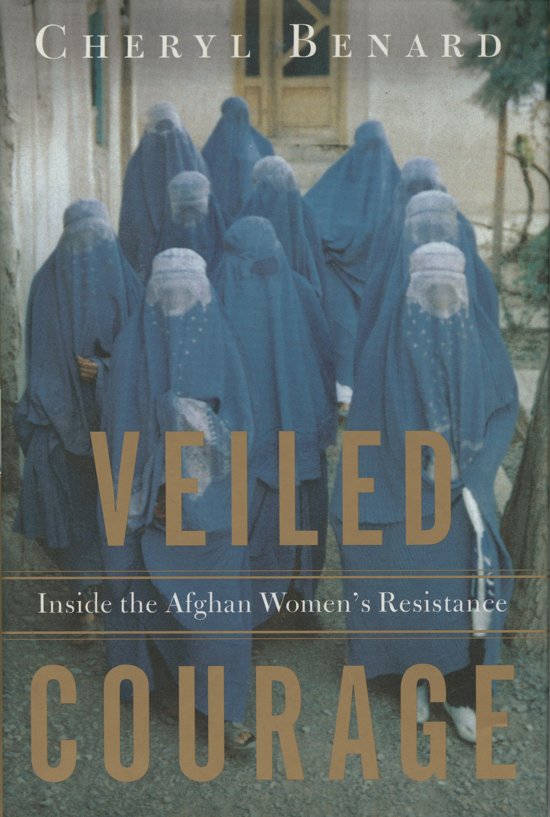 In Afghanistan under Taliban rule, women were forbidden to work or go to school, they could not leave their homes without a male chaperone, and they could not be seen without a head-to-toe covering called the burqa. A woman's slightest infractions were met with brutal public beatings. That is why it is both appropriate and incredible that the sole effective civil resistance to Taliban rule was made by women. Veiled Courage reveals the remarkable bravery and spirit of the women of the Revolutionary Association of the Women of Afghanistan (RAWA), whose daring clandestine activities defied the forces of the Taliban and earned the world's fierce admiration.


The complete subordination of women was one of the first acts of the Taliban. But the women of RAWA refused to cower. They used the burqa to their advantage, secretly photographing Taliban beatings and executions, and posting the gruesome pictures on their multi-language website, rawa.org, which is read around the world. They organized to educate girls and women in underground schools and to run small businesses in the border towns of Pakistan that allowed widows to support their families.


If caught, any RAWA activist would have faced sure death. Yet they persisted.


With the overthrow of the Taliban now a reality, RAWA faces a new challenge: defeating the powers of Islamic fundamentalism of which the Taliban are only one face and helping build a society in which women are guaranteed full human rights.


Cheryl Benard, an American sociologist and an important advisor to RAWA, uses her inside access to write the first behind-the-scenes story of RAWA and its remarkably brave women. Veiled Courage will change the way Americans think of Afghanistan, casting its people and its future in a new, more hopeful light.