Vermeer's Camera C Uncovering the Truth Behind the Masterpieces 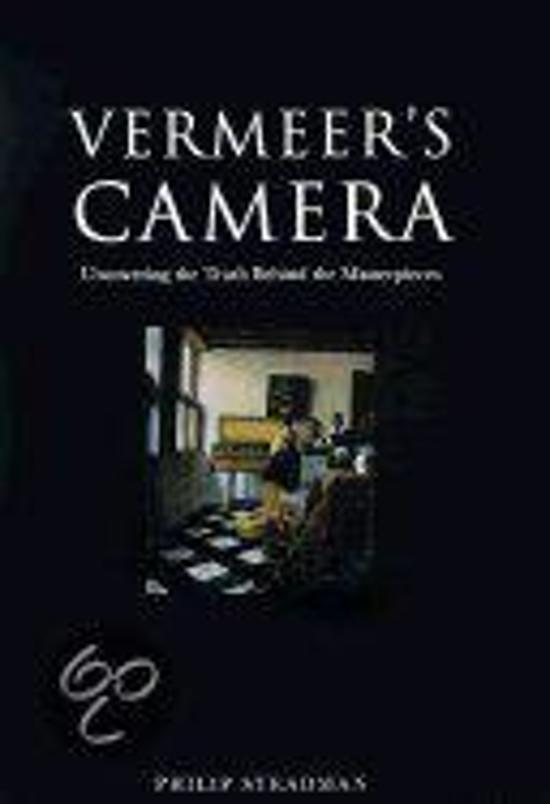 Art historians have long speculated on how Vermeer achieved the uncanny mixture of detached precision, compositional repose, and perspective accuracy that have drawn many to describe his work as ''photographic.'' Indeed, many wonder if Vermeer employed a camera obscura, a primitive form of camera, to enhance his realistic effects?
In Vermeer's Camera, Philip Steadman traces the development of the camera obscura--first described by Leonaro da Vinci--weighs the arguments that scholars have made for and against Vermeer's use of the camera, and offers a fascinating examination of the paintings themselves and what they alone can tell us of Vermeer's technique. Vermeer left no record of his method and indeed we know almost nothing of the man nor of how he worked. But by a close and illuminating study of the paintings Steadman concludes that Vermeer did use the camera obscura and shows how the inherent defects in this primitive device enabled Vermeer to achieve some remarkable effects--the slight blurring of image, the absence of sharp lines, the peculiar illusion not of closeness but of distance in the domestic scenes. Steadman argues that the use of the camera also explains some previously unexplainable qualities of Vermeer's art, such as the absence of conventional drawing, the pattern of underpainting in areas of pure tone, the pervasive feeling of reticence that suffuses his canvases, and the almost magical sense that Vermeer is painting not objects but light itself.
Drawing on a wealth of Vermeer research and displaying an extraordinary sensitivity to the subtleties of the work itself, Philip Steadman offers in Vermeer's Camera a fresh perspective on some of the most enchanting paintings ever created.
Toon meer Toon minder