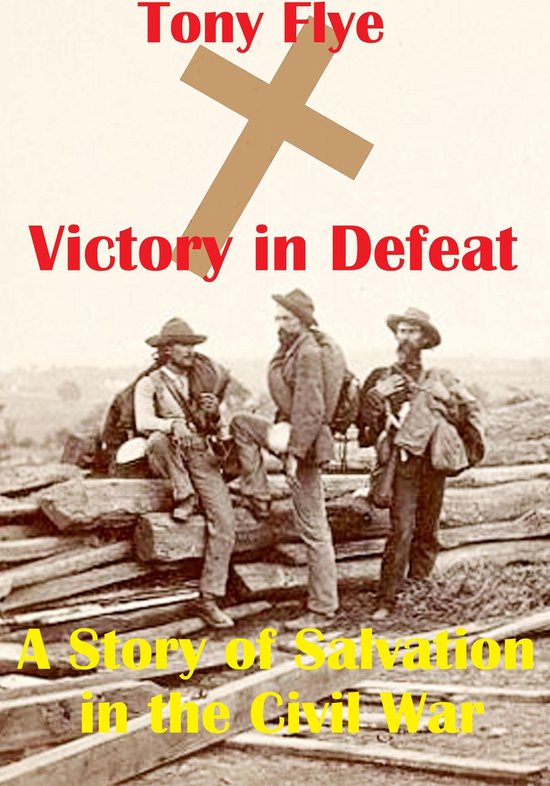 During a pause in a previous fight Matthew, Luke, their cousin Mark and Paddy O'Brian the young Irish immigrant and their new friend and comrade in arms become lost in their own thoughts. Matthew's thoughts wandered back to his family's farm and to his deserted mother and wondering how she's faring. Luke thinks back to Annabelle Stuart the young girl he left behind and how her lips felt on his. Paddy O"Brian's thoughts went back to his dead mother and sister, his drunken father and his life on petty crime on the streets of Charleston, South Carolina.

As if inspired by Divine Revelation, Matthew picks up on the conversation about how a man can charge into an enemy line and face certain death. Matthew tells him, "A man does it because he has to do it and just trusts God." Paddy O"Brian questions Matthew about God. Matthew explains Jesus' gift of everlasting life and leads Paddy in saying the Sinner's Prayer. Luke doubts Jesus' gift. The sinner's prayer is written into the novel and the Afterward states if the reader sincerely believes what is written, they too are covered by the Blood of Jesus.

Luke was always confident before a battle, anxious for the fight and more than anxious to shoot his enemy even after their cousins, John was killed at First Manassas and Mark at Antietam. This day he is not his usual self. Waiting for the order to advance, Luke is nervous and unsettled, full of apprehension and serious misgivings about the coming charge and would rather, if he could, be anywhere but here. He doesn't know what is wrong or what he needs. The only thing Luke thinks he doesn't need is Jesus.

When the order is given to advance in what forever will be called Pickett's Charge, the story focuses on Luke, his thoughts, fears, his tribulations. It is a step by step journey with the army on that fateful day and what went through each of the Harcourt's mind as they crossed the three-quarter mile wide no man's land between their position and the Union position on Cemetery Ridge. With flags flying and bugles blaring the valiant army steps off. All this while under Union anti-personnel artillery bombardment.

As the Confederates reached the fences bordering the Emmitsburg Road, they were now in the range of the Union musket fire from behind the low stone wall on the ridge. Casualties start to mount even faster as the advance stops at the fences, climbs them or knocks them down and reform their ranks before continuing. They are now a hundred yards from their objective with Union bullets and shot filling the air.

As what's was left of the first units reach the stone wall, the fighting becomes desperate, hand to hand and the carnage becomes overwhelming. Bodies and pieces of bodies are everywhere. Smoke so thick anything beyond the end of your musket was wrapped in a blanket of fog.

It is here before the stonewall amid the great carnage of war, the dying, the screams of the wounded, the blood and gore, the shouts and curses of the combatants, the hell of the battle that Luke has his own, dynamic, life altering encounter with Jesus Christ.

Victory in Defeat, A Story of Salvation in the Civil War is the story of one soldier finding Jesus amidst the shooting and killing of the last great and failed fight of the battle, of standing with bullets flying all around calling on the name of Jesus and His response.