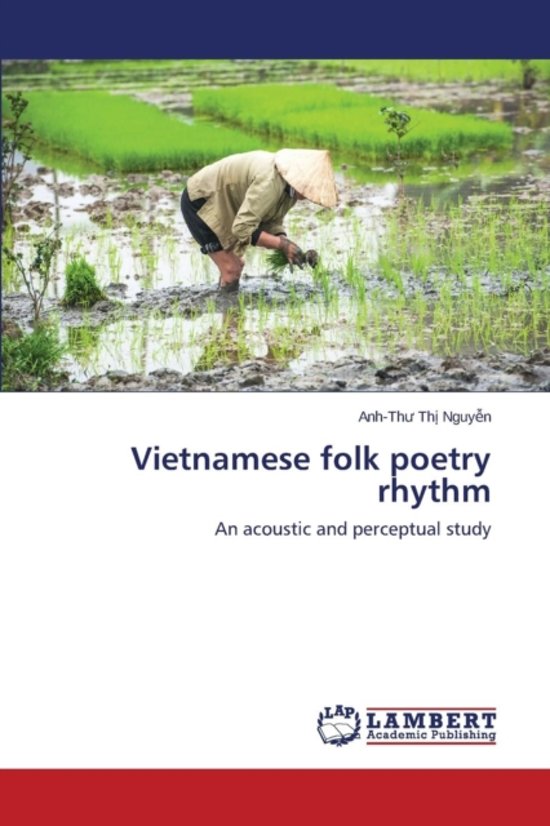 This book reports a study on the acoustic realization and the perception of the rhythmic structure of Vietnamese folk poetry. Ten speakers of Sai Gon dialect recite four folk poems that were made up of three-word, five-word, six-word, seven-word, and eight-word lines. The acoustic analysis showed that the duration (i.e. length of time) and intensity (i.e. loudness) results mirror each other in indicating a strong iambic pattern of prominence, supporting the literature that a line of folk verse with even number of syllables tend to have a series of iambs and when there is an odd number of syllables, the line usually ends with an iamb, not an anapaest (Durand and Nguy n,1985).The perception results showed that listeners relied on duration cues in judging the rhythmic patterns of the poetic lines while intensity was not used. Also, majority of listeners were not finely tuned to these acoustic cues and only a few listeners could detect them in parsing the poetic lines into detail bi-syllabic iambic units. This book is aimed at linguistic and literary researchers, language teachers, language students and lay people with an interest in linguistics as well as Vietnamese folk poetry."
Toon meer Toon minder