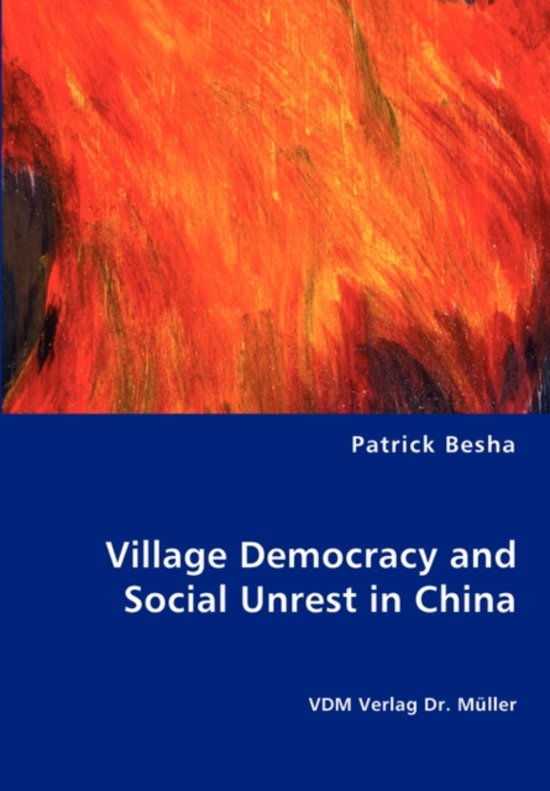 In a bid to ease social unrest and gradually reform its politics, China implemented elections in a majority of its villages. Shortly thereafter, an explosion of protests was recorded throughout China. The two phenomena may be linked. This groundbreaking new study examines the extent of township interference in elections and its effect on local governance. It also offers evidence that the failure of elections, in combination with other problems, are contributing to widespread unrest in the countryside. Twenty-four villages throughout China were studied to develop detailed case studies of elections, governance and unrest. Eleven of these villages were intensively surveyed to create a quantitative study of village elections, township interference and local mismanagement. In several cases, the process from initial villager grievance to attempted resolution to eventual protest is traced, revealing a highly developed rational, legal procedure used by citizens. A second database was developed using ninety-two protests recorded in 2005. This data suggests the applicability of certain locally-observed processes to the wider arena.
Toon meer Toon minder