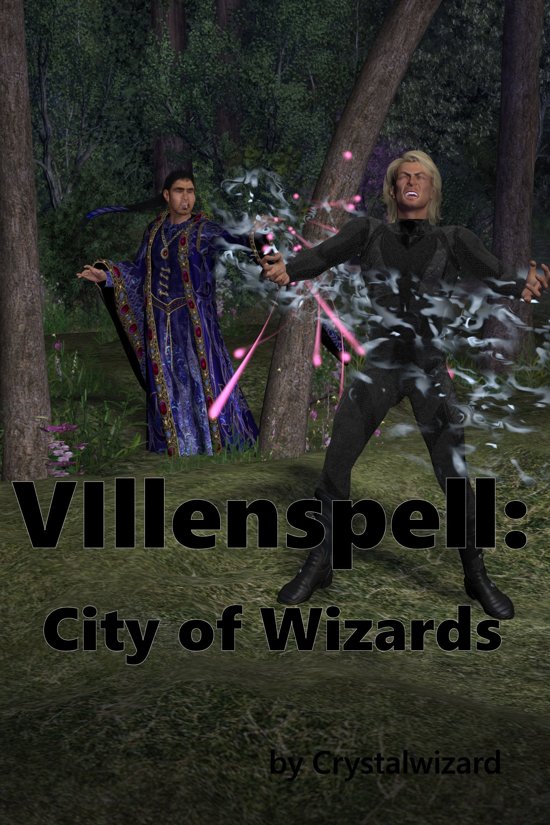 What started out as a journey to find help against the Gorg in Wizard's Bane turns a strange corner as Dale and his party arrive at the shining city of Wizards and discover that they must now travel to the other side of the world. But before they can even attempt that, first they have to survive a crotchety old wizard, an entire guild of assassins, and Zvothra, Lord of the Elements.

With lightning bolts flying, wizard's trying to kill them and each other, and a host of other problems, getting out of the city is more of an adventure than getting into it ever was.

Villenspell is book two of the six book series - The Sojourn Chronicles by Crystalwizard.