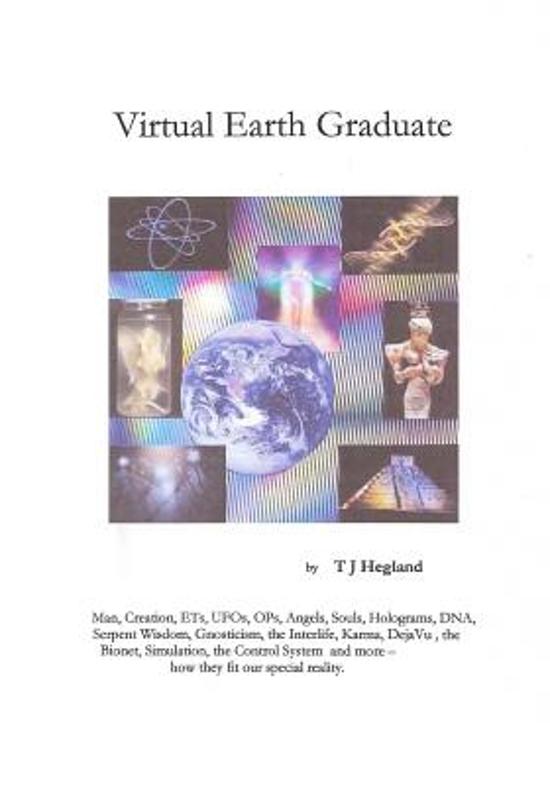 Virtual Earth Graduate is unique.What if many things you think you know about Physics, Earth History and Religion are false? What if this is not our planet and were not here alone? Are there hybrids here with us?Is Man being visited by 3D Extraterrestrial intelligences? Is someone on the Moon?What would have to be true about planet Earth for it to look the way it does? Who built all the monolithic walls, monuments and buildings that Man cannot even duplicate today?What are the chances that Earth is a Simulation as current Physics proposes? While not 100% conclusive, the evidence is tantalizing. In short Are you really living on the planet you think you are?These and more issues are examined in this book and will enlighten the reader  probably for the first time in years. If you have ever wondered about the Origin of Man, the nature of UFOs, the Apollo Moon Mission and the possibility of intelligence on Mars, Creation versus Evolution, and why nothing certain is known about Mans history backwards of AD 900, then this book is for you. The author has done over 50 years of research into these topics, closely examining Earth History, Quantum Physics, Genetics, and several Religions and more, and has discovered some fascinating answers to what Earth is, what Man really is, why there are sociopaths, why the constants in Science are changing, and what we are doing here on Earth. He does not pretend to have all the answers but those he does have form a coherent and unexpected picture of Man and Earth, in effect connecting almost all the dots.The purpose of this book is to wake up to Mans true nature and divine potential, the real nature of Earth, Moon and Mars, who is here with us, and why we are here so that the new understanding will serve as enough Light to get souls out of here  as Earth Graduates. The book is not a religious book, but it examines religious issues; it provides a review of Man and his world as catalyst, examining false beliefs, disinformation, assumptions and attachments that bind souls to the planet and in the last few chapters, it provides suggestions for improving ones life, relationships, and above all  the Light (higher consciousness) to get out of here and move on to something more dynamic in the Multiverse we all inhabit. Man must start to think outside the box that was created for him by those who want to be Lords over the Sheep. This book serves to break that entrapment. At the very least, it is also ''brain candy,'' something to contemplate -- take what you can accept and put the rest on the shelf. The book is not meant to be blindly believed, but it will provide hours of things to think about -- and the footnotes for research if you are so inclined. Be sure to read the back cover for other authors' endorsements and a list of what's inside. The Intro also says what is where in the book.The book just went through a major 70-page update (Chapter 4 and Appendix A) in September 2014 and now has the information on UFOs, Moon & Mars, and Jesus (updated April 2017 in Appendix D) that was not included in the first published version.
Toon meer Toon minder