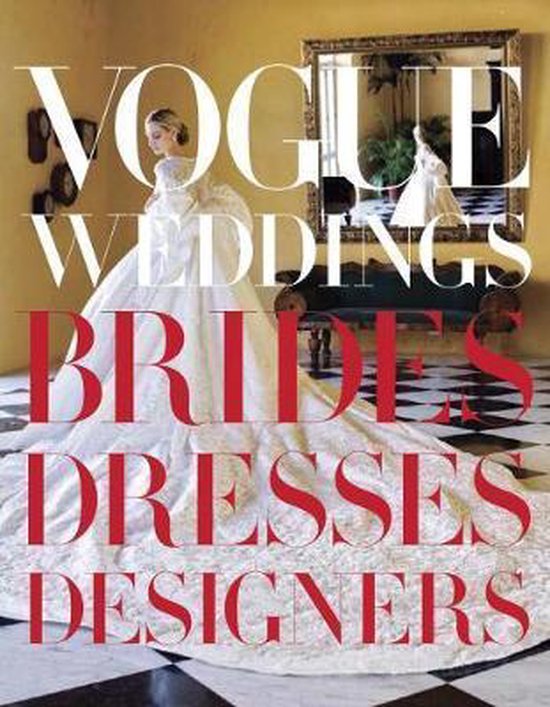 "Hamish Bowles (born 23 July 1963) is an English fashion journalist and editor. Since 1995 he has been the European editor-at-large for the American edition of Vogue.

These images transport you to a myriad of romantic settings around the world, from grand social and royal weddings in storied castles, palaces, and cathedrals, to weddings by the sea or in the countryside. In the Introduction, Hamish Bowles brings his historian's eye to reveal fascinating behind-the-scenes details as he looks at the glamour of weddings past and present; while Mario Testino, Plum Sykes, Marina Rust and Sarah Mower tell us personal stories about their own weddings or memorable ones they attended.

Here are the Duke and Duchess of Cambridge in London; Charlene Wittstock and Prince Albert in Monaco; Carolina Herrera Jr., and Miguel Báez Spinola in Spain; Jemma Kidd and Arthur Wellesley, the Earl of Mornington, in Barbados; Sofia Coppola and Thomas Mars in Italy; Kate Moss and Jamie Hince in the Cotswolds; Lauren Bush and David Lauren at the RRL Ranch in Colorado; Marina Rust and Ian Connor in Maine; Lauren Davis and Andrés Santo Domingo in Cartagena, Colombia as well as such iconic photos as Bianca and Mick Jagger in the car after their wedding in St. Tropez. A chapter on models' weddings includes portraits of Natalia Vodianova, Coco Rocha, Maggie Rizer, Stella Tennant, Lara Stone and Cindy Crawford among others in their own wedding dress choices. Most imaginative are the fashion portfolios created by the magazine's editors of bridal photo shoots, many including couture, in The Vogue Wedding chapter. Meanwhile The Wedding Guide offers ten designers celebrated for their stylish and romantic designs, from Vera Wang to J. Crew.

Vogue Weddings: Brides, Dresses, Designers is a book that is not only informative, and rich with historical detail, but presents a dramatic collection of iconic, inspirational images.