Voices from the Past: The Wooden Horse of Gallipoli EBOOK Tooltip Ebooks kunnen worden gelezen op uw computer en op daarvoor geschikte e-readers. The Heroic Saga of SS River Clyde, a WW1 Icon, Told Through the Accounts of Those Who Were There 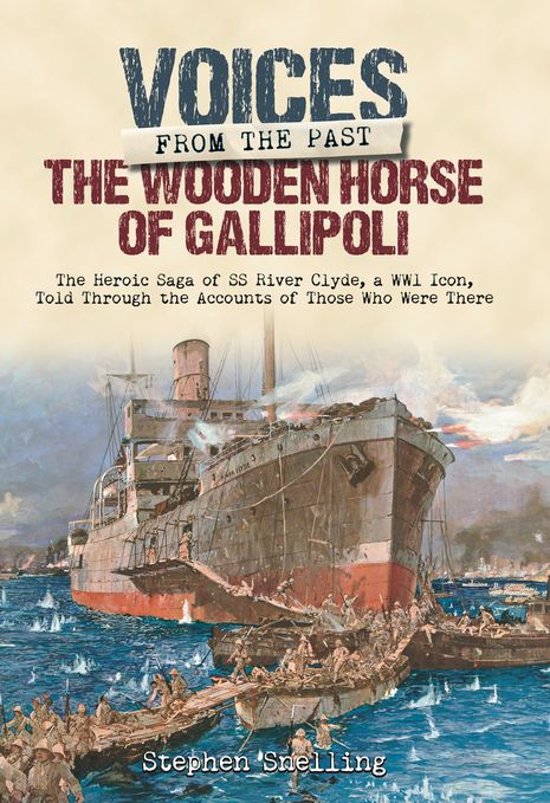 The initial Allied landings on the Gallipoli Peninsula began on 25 April 1915. Many of those who went ashore at V Beach near Cape Helles did so from the SS River Clyde.


In the first full-length study devoted entirely to River Clyde and the men who sailed in her, the author reveals a remarkable tale of human endeavor told in the words of the men who were there: from the naval captain whose brainchild it was, to the teenage midshipmen who risked their lives to rescue the operation from disaster; from the infantrymen who braved a storm of fire to the staff officers who led the assault that finally secured the beachhead; from the armored car machine-gunners whose covering fire saved hundreds of men marooned on the shore, to the navy's own infantrymen who ventured out into the bullet-swept waters to succor the wounded.


The Wooden Horse of Gallipoli tells the story of how this collier became an icon of the First World War, its stranded bulk synonymous with one of the most extraordinary exploits of a campaign doomed to failure.

Subtitel
The Heroic Saga of SS River Clyde, a WW1 Icon, Told Through the Accounts of Those Who Were There
Thema Subject Code
NHWR5