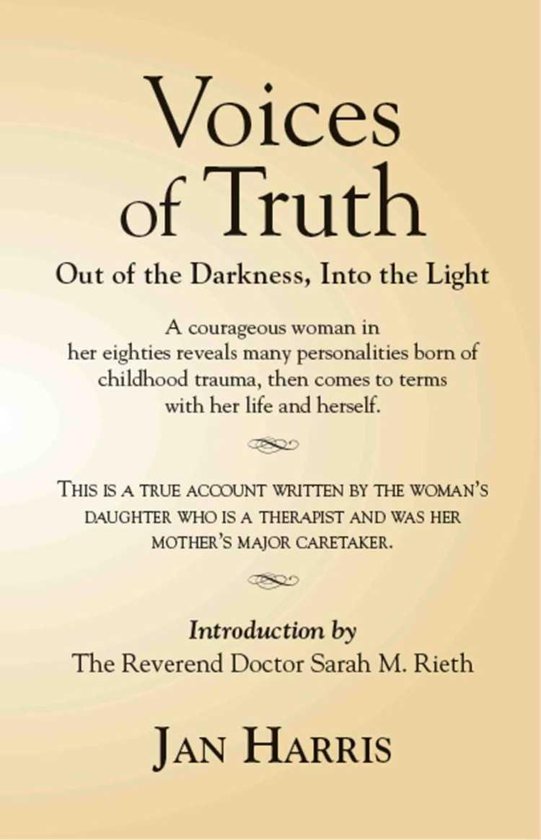 This is a true account of a woman in the twilight of her life who, despite illness and old age, fought courageously to review and come to terms with her life and her self. In the process, she disclosed family secrets spanning four generations and revealed that she had ten distinct personalities, each carrying memories of a portion of the childhood trauma she had endured. The woman was the author's mother. She had lived her life so well that her true condition was not openly revealed until she was 83 years old.


The author is an experienced psychotherapist who became the major caretaker for the last twelve years of her mother's life. Although the author did not carry out the therapy, she did observe and record in detail on a daily basis her mother's progress. In addition, the author carefully researched the book and utilized the knowledge of experts to understand her mother. There is a strong spiritual component implied in both the formation of the dissociative condition and its resolution.


The story unfolds gradually as various parts appear and identify themselves with their unique traits and styles of communication. When all ten parts become aware of each other, there is intense conflict among them as they attempt to resolve the paradox of love and betrayal; to incorporate evil into awareness but continue to love; and to deal with issues of shame, trust and self worth common to all survivors of childhood abuse. Exact mechanisms by which the devastating wounds of childhood abuse affect succeeding generations are made clear and successful therapeutic interventions are described.