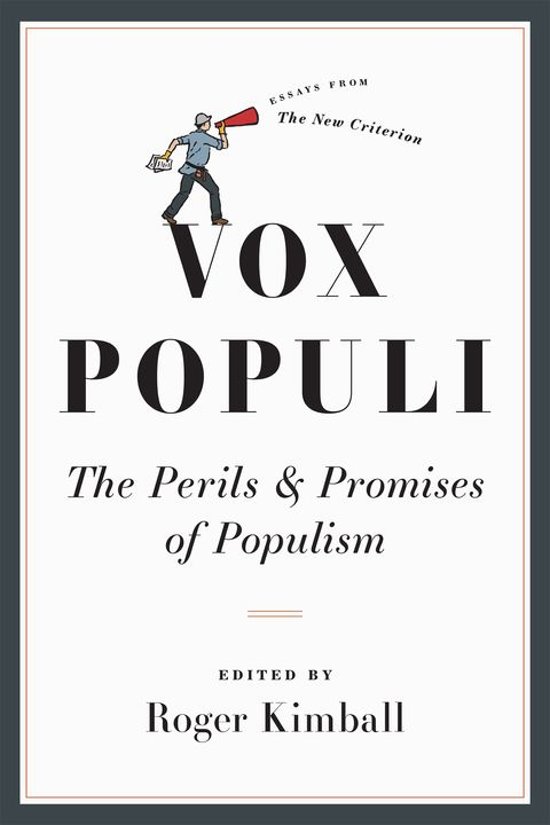 The rise of populist movements across the political spectrum poses a vital question: what role should populism play in modern democracy? In ten trenchant essays, the writers of The New Criterion examine the perils and promises of populism in Vox Populi, a new collection that marks the thirty-fifth anniversary of this critical journal.


Beginning with a reflection on the problems of populism for American conservatism (George H. Nash), the essays expound broadly and deeply on populist unrest—the populist revolts of ancient Rome (Barry Strauss), the rise of popular referenda and the Brexit vote (Daniel Hannan), American populism and the legacy of H. L. Mencken (Fred Siegel), populism and the Founders' generation (James Piereson), populism and identity (Roger Scruton), populism around the world (Andrew C. McCarthy), the birth of a new American populist movement (Victor Davis Hanson), and populism's historical impact on the American party system (Conrad Black). The book concludes with a discussion of the struggle to keep government in the hands of a free people (Roger Kimball).


Just what perils and promises are found in populist ferment may be the question of our age. Taken together, these ten essays consider "the voice of the people" in the light of history, in a collection that only The New Criterion could assemble.