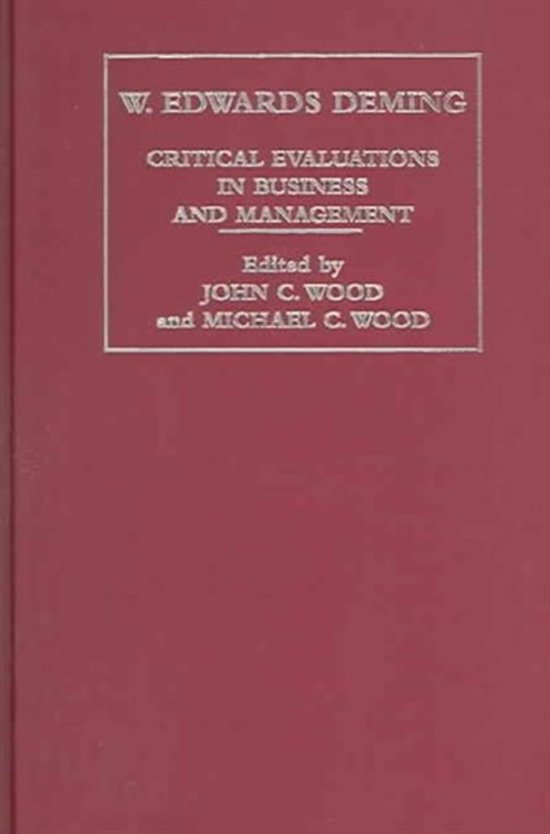 W. Edwards Deming's name is synonymous with Total Quality Management. His ideas were at first enthusiastically adopted by Japanese businesses. Deming is recognized as putting Japan on the road to leadership in international business and industry and was awarded the Second Order of the Sacred Treasure by the Japanese Emperor. It was not until the 1970s, however, that Deming started to make an impact in the West. Heads of leading businesses began to consult with him, and an NBC television documentary entitled 'If Japan Can, Why Can't We?' broadened his audience still further. Throughout the 1980s various books were written by others to document and explain his work. His own book Out of the Crisis was published in 1986 and he was awarded the National Medal of Technology in America the following year. In 1987, the British Deming Association was formed to spread awareness of the Deming philosophy. This collection gathers together the key material to enable students and researchers to explore the impact of Deming's ideas. The set includes a new introduction and an extensive annotated bibliography, making this an invaluable research resource.
Toon meer Toon minder