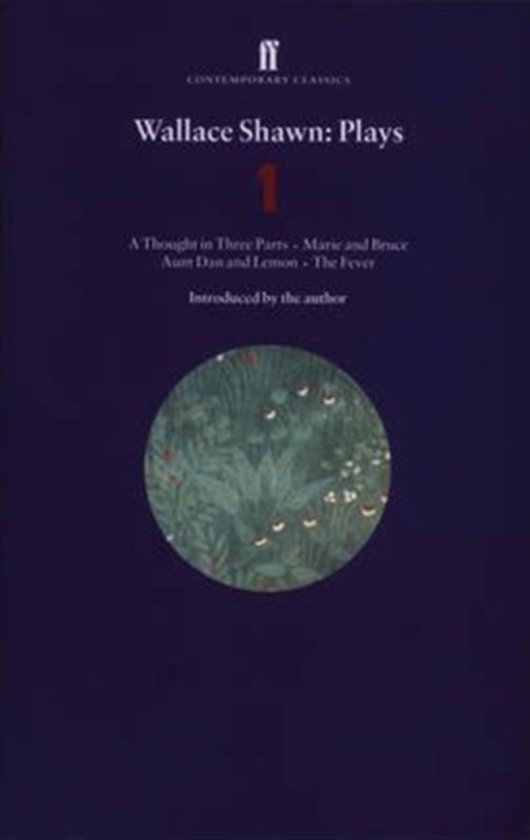 'There is a quality in Shawn's writing - imaginative verve, quiet intensity, a sort of puritan sensitivity or a blend of them all.' The Times This first collection of Wallace Shawn's work contains plays from the seventies and eighties, including Aunt Dan and Lemon, described by Frank Rich in the New York Times as 'the most stimulating, not to mention demanding, American play to emerge this year'. Aunt Dan and Lemon 'A mordant comedy for those who really listen in the theatre... A playwright of astonishing originality and veracity.' New York Times Marie and Bruce 'A play that sees, hears, smells and tells more about the way we really live now than any American play in years... Wallace Shawn is a true original, one of the most deeply seeing, sharply writing playwrights we have.' Newsweek The Fever 'A profoundly engaging and provocative journey through the awakening of a pampered man's conscience.' Newsday A Thought in Three Parts 'Wallace Shawn's highly acclaimed play is a trio of playlets exploring the theme of sexual isolation, each in a very different dramatic style which still retains the author's quite distinctive ability to combine colloquialisms with highly poetic writing in a quirky, sinister way... nasty, hilarious and quite riveting for all the right reasons.' Time Out
Toon meer Toon minder