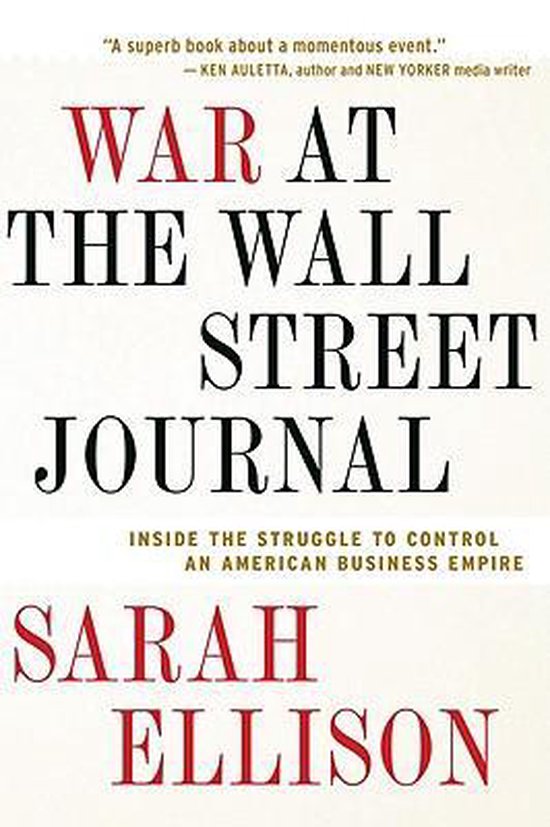 A tale about big business, an imploding dynasty, a mogul at war, and a deal that epitomized an era of change

While working at the Wall Street Journal, Sarah Ellison won praise for covering the $5 billion acquisition that transformed the pride of Dow Jones and the estimable but eccentric Bancroft family into the jewel of Rupert Murdoch&;s kingdom. Here she expands that story, using her knowledge of the paper and its people to go deep inside the landmark transaction, as no outsider has or can, and also far beyond it, into the rocky transition when Murdoch&;s crew tussled with old Journal hands and geared up for battle with the New York Times. With access to all the players, Ellison moves from newsrooms to estates and shows Murdoch, finally, for who he is&;maneuvering, firing, undoing all that the Bancrofts had protected. Her superlative account transforms news of the deal into a timeless chronicle of American life and power.