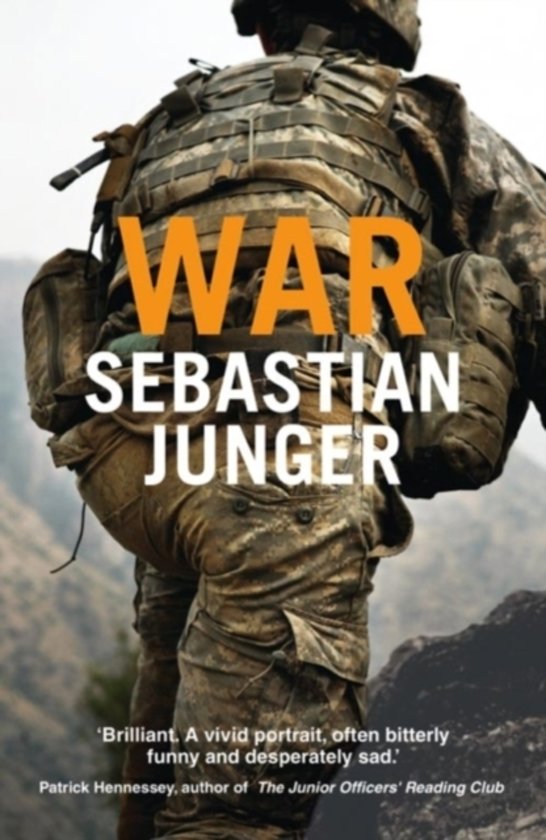 "Sebastian Junger (born January 17, 1962) is an American journalist, author and filmmaker famous for the best-selling book The Perfect Storm: A True Story of Men Against the Sea (1997), his award-winning chronicle of the war in Afghanistan in the documentary films Restrepo (2010) and Korengal (2014), and his book War (2010).

They were collectively known as "The Rock." For one year, in 2007-2008, Sebastian Junger accompanied 30 men—a single platoon—from the storied 2nd battalion of the U.S. Army as they fought their way through a remote valley in eastern Afghanistan.Over the course of five trips, Junger was in more firefights than he could count, as men he knew were killed or wounded and he himself was almost killed. His relationship with these soldiers grew so close that they considered him part of the platoon, and he enjoyed an access and a candidness that few, if any, journalists ever attain.


War is a narrative about combat: the fear of dying, the trauma of killing and the love between platoon-mates who would rather perish than let each other down. Gripping, honest and intense, War explores the neurological, psychological and social elements of combat, as well as the incredible bonds that form between these small groups of men. This is not a book about Afghanistan or the "War on Terror"; it is a book about all men, in all wars. Junger set out to answer what he thought of as the "hand-grenade question": why would a man throw himself on a hand grenade to save other men he has known for probably only a few months? The answer is elusive but profound, going to the heart of what it means not just to be a soldier, but to be human.