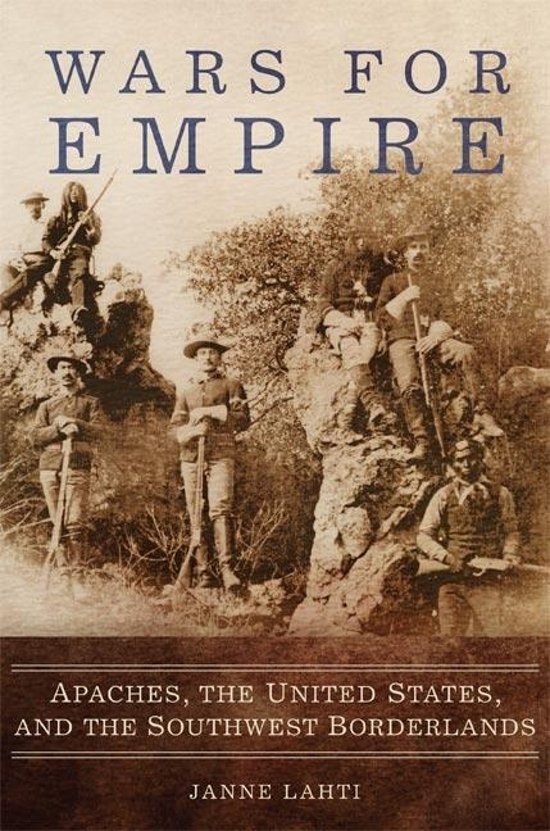 After the end of the U.S.-Mexican War in 1848, the Southwest Borderlands remained hotly contested territory. Over following decades, the United States government exerted control in the Southwest by containing, destroying, segregating, and deporting indigenous peoples—in essence conducting an extended military campaign that culminated with the capture of Geronimo and the forced removal of the Chiricahua Apaches in 1886. In this book, Janne Lahti charts these encounters and the cultural differences that shaped them. Wars for Empire offers a new perspective on the conduct, duration, intensity, and ultimate outcome of one of America's longest wars.


Centuries of conflict with Spain and Mexico had honed Apache war-making abilities and encouraged a culture based in part on warrior values, from physical prowess and specialized skills to a shared belief in individual effort. In contrast, U.S. military forces lacked sufficient training and had little public support. The splintered, protracted, and ferocious warfare exposed the limitations of the U.S. military and of federal Indian policies, challenging narratives of American supremacy in the West. Lahti maps the ways in which these weaknesses undermined the U.S. advance. He also stresses how various Apache groups reacted differently to the U.S. invasion. Ultimately, new technologies, the expansion of Euro-American settlements, and decades of war and deception ended armed Apache resistance.


By comparing competing martial cultures and examining violence in the Southwest, Wars for Empire provides a new understanding of critical decades of American imperial expansion and a moment in the history of settler colonialism with worldwide significance.