Water at the Surface of Earth An Introduction to Ecosystem Hydrodynamics 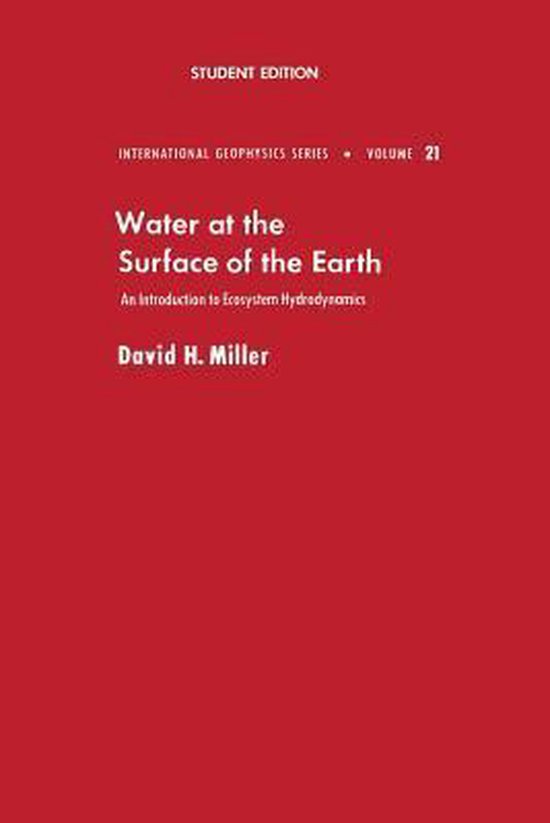 Water at the Surface of the Earth: An Introduction to Ecosystem Hydrodynamics provides an introduction to the ways in which biological, physical, cultural, and urban systems at the surface of the earth operate, with a particular focus on the hydrodynamics of ecosystems, i.e., water and its association with other forms of matter, including pollutants, and with several forms of energy. The chapter sequence in this book follows the downward progress of water from the lower atmosphere, through ecosystems at the earth's surface, through the soil and mantle rock, to the ""waters under the earth."" In other words, the book begins with input of water to ecosystems, then describes how it is processed in these systems, and ends with the liquid water yield from them.
The book first discusses storms in the atmosphere. These are systems that convert inflows of water vapor into outflows of raindrops and snowflakes that are precipitated to the underlying surface. This is followed by separate chapters on how water is delivered from the atmosphere to surface ecosystems; water budgets at the surface and in the soil; evaporation from these systems back to the atmosphere; water in the local air and rocks; and horizontal movement of water transformed by ecosystems where the preceding storages and fluxes were located.
Toon meer Toon minder

Originele Titel
Water at the Surface of Earth: An Introduction to Ecosystem Hydrodynamics