We Are Children Just the Same Vedem, the Secret Magazine by the Boys of Terezin 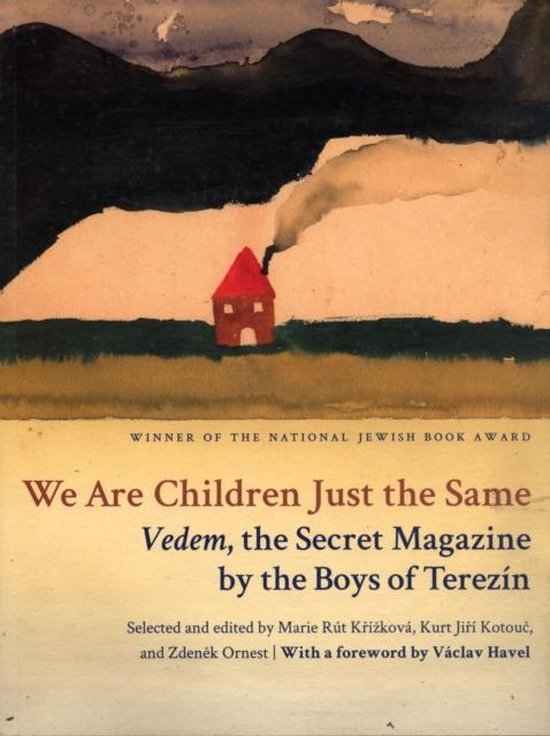 Terezin survivor George (Jiri) Brady recalls: In the tragic struggle for survival, the Nazi-imposed Terezin 'self-administration' tried to help the imprisoned children. They were placed in buildings where living conditions were better than in the many barracks that were inside the fortress. . . . I was one of these children. And by pure luck I found myself among the boys who were led by Valtr Eisinger. In a small room overcrowded with three-tiered bunks, he created a new, fascinating world for us behind the ghetto walls. The boys developed talents they never dreamed they had, and it was there too that the illegal children's magazine on which this book is based was founded. From 1942 to 1944, a group of thirteen- to fifteen-year-old Jewish boys secretly produced a weekly magazine called Vedem (In the Lead) at the model concentration camp, Theresienstadt ( Terezin in Czech). The writers, artists, and editors put together the issues and copied them by hand behind the blackout shades of their cellblock, which they affectionately called the Republic of Shkid. Although the material was saved by one of the handful of boys who survived the Holocaust, it was suppressed for fifty years in Czechoslovakia until 1995, when these works were published simultaneously in English, Czech, and German. Vedem provides a poignant glimpse into the world of boys torn from their comfortable childhoods and separated from their families, ultimately to perish in the Nazi death machine. This edition includes a new preface and epilogue.
Toon meer Toon minder