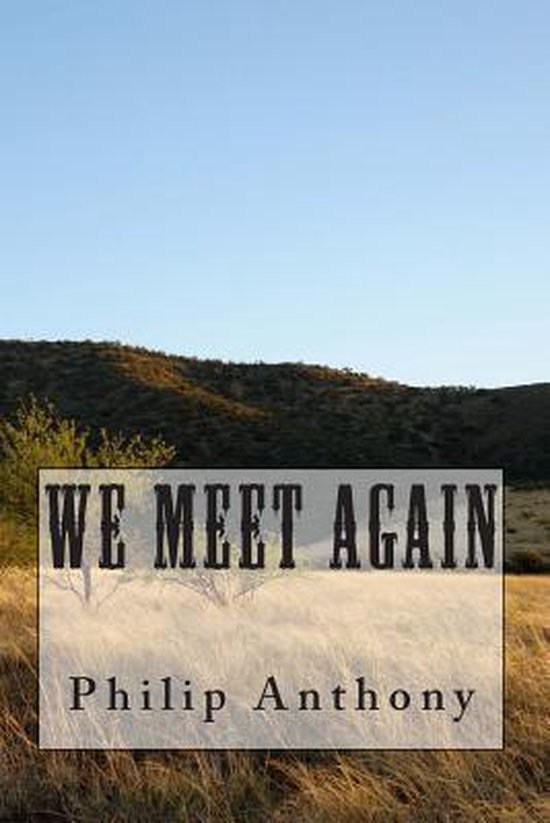 Philip Anthony (www.readpa.com) brings you: We meet Again.Under the tutelage of his father and the memory of his grandfather, both having fought against tyranny and injustice their entire lives, Drew Keller became an assassin for the Israeli Mossad. After many years on the job, disillusioned by the growing political nature of his assignments and near death injuries sustained on the job, Drew took a break only to become a contract killer for the CIA under the guidance of Fred Jones, who saved his live. Drew’s exploits and unrivaled accomplishments gained him infamy, eventually earning him a reputation as the most dangerous man alive in certain circles, first as The Leopard when he was Mossad, later as Trudy with the CIA.Lisimba Badawi was a happy child growing up in Egypt until his father was killed while on a business trip to Libya as an American cruise missile on a retaliatory strike aimed at Tripoli veered off course. Lisimba’s course changed that day, too, sending him on a path of death and destruction and revenge.Local militia leader Leroy Jefferson Davis spent nearly six years in a federal prison after his attempt to blow up government buildings in Phoenix was foiled by an informant. Once out, he is at it again, but this time, he has help. In an uneasy alliance, Leroy and Lisimba plot to carry out Leroy’s original plans, but Lisimba has a different target in mind, an even more heinous target.After a decade together, Drew and Fred finally had enough of their thankless and perilous lives and go their separate ways into the serenity and relative safety of the public sector. As a small business owner, Drew finds it increasingly difficult to escape conflict, this time instead of fighting terrorists in far away countries, he faces local gangs in his own neighborhood, first in Chicago, then in Milwaukee. Despite that, he is content, until word reaches him that his friend and mentor, Freddie Jones, has been killed in an apparent robbery gone wrong.Drew Keller travels to Phoenix to look into Fred’s unsolved murder. While there, he reunites with Trudy Wilson, a special agent with the FBI. They met briefly years before in Afghanistan. Neither forgot the encounter, each fantasizing about the other ever since. Together, as their unexpected reunion blossoms from unrequited dreams into overwhelming reality, they battle home grown and foreign terrorists across the valley of the sun, uncovering a plot to kill tens of thousands of innocent Americans. Eventually, they learn of Lisimba’s ultimate target and the pressure to succeed intensifies with a likely conclusion of a massive death toll and an explosive conflagration, bringing America to her knees and striking a devastating blow for terrorism around the world. Visit www.readpa.com for We Meet again and other Philip Anthony books.
Toon meer Toon minder