Wealth Creation or Redistribution How a Select Group Profit at the Expense of the Rest. 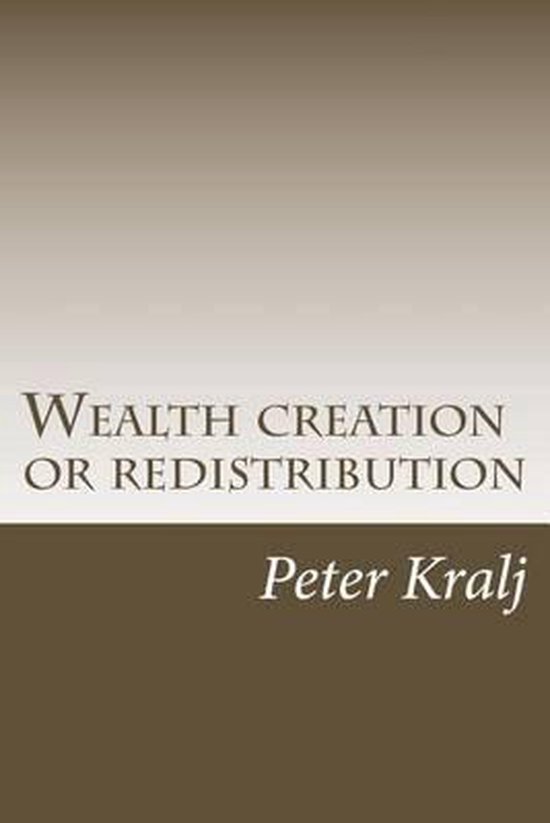 This book is a financier's view of modern economics. It deals critically with the difference betweeen the creation and redistribution of wealth and shows how some of the wealthiest people in today's economies have grown rich without creating any wealth.It analyses government economic policy and in particular the way in which interest rates are manipulated and money is printed and devalued without any sanction from parliament.It shows how profits can be made without any new wealth creation only to be followed by corresponding losses several years later frequently in different parts of the country or indeed different countries - the zero sum gain principle. It exposes as a sham the theory that those who receive large increases in salaries for doing the same job are producing real value or creating new additional wealth.The book deals in detail with gross national product and the failings of this measurement of wealth creation. It shows the relationship between real economic growth and growth that is fuelled by borrowing and conlcudes that economic growth that is fuelled by borrowing indicates that only one sector of the economy is growing. The other sector - made up of borrowers - is merely promising to grow at some time in the future and since most people work in offices these promises cannot be fulfilled because office work generally is incapable of influencing the output of consumable product.The book analyses the production process and the involvement of office work in it and concludes that improving efficiency in offices does not result in any increase in the production of the end product because office work has not been the slowest factor in the production line.It shows how publicly listed companies are not controlled by their shareholders but by the managers of the large funds who vote with shares that they do not beneficially own and often do so for their own benefit and not the benefit of the real beneficial owners.It deals with the current crisis and explores the way in which money is created.The book explains in detail some of the errors of valuations whether of companies or real estate.It deals with unemployment and the way in which wages, salaries and bonuses have been manipulated against market forces.It is a book about how society is ordered and how governments make assumptions about economic growth and market forces that are not justified.It deals with the modern IT revolution and concludes that it is largely a mirage that does not improve living standards. There are chapters about some specialised forkms of finance and how certain investments are valued.It exposes as a sham the argument that pensions are unaffordable because we are living longer and shows that the real reason is that many in society are getting more than they deserve, which in a zero sum gain economy means that others must get less than they deserve.There is a chapter on advertising and how the internet and many aspects of the social networking revolution which is free at the point of delivery follows socialist principles because its cost is being shared not in proportion to use but consumption of products advertised.The book shows that market forces are frequently manipulated and that the entrepreneur is now subordinated to the white collar worker who gets the major rewards from industry.It also deals with unemployment and social security and makes suggestions for solving these problems.
Toon meer Toon minder