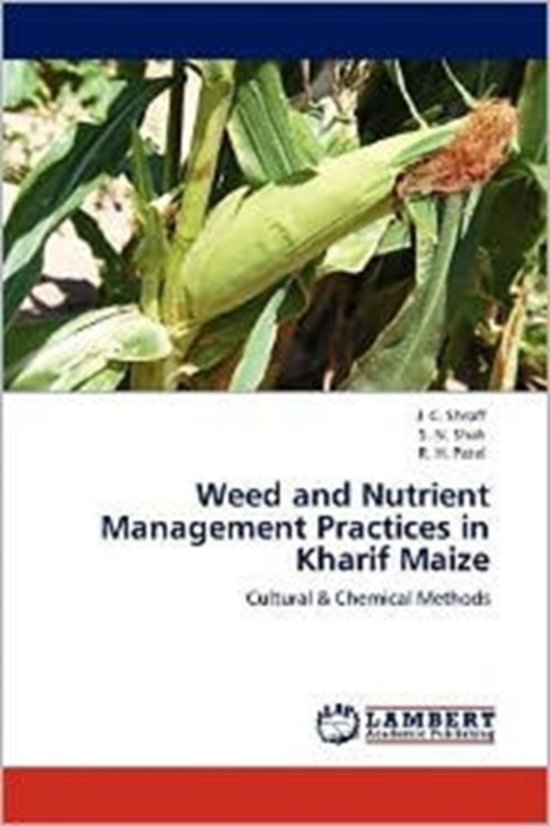 Maize (Zea mays L.) being native of Mexico is one of the oldest and most productive cereal food crop. It is the third most planted crop after wheat and rice. It is grown throughout the world for human and animal consumption. The Food and Agriculture Organization of the United Nations estimates the demand of maize for human and animal consumption will increase by nearly 300 million tons by 2030. Maize being a rainy season and widely spaced crop gets infested with variety of weeds and subjected to heavy weed competition. Rainy season (kharif) maize suffers heavy yield losses due to weed infestation owing to congenial environmental condition for luxurious weed growth coupled with wider row planting and slow growth at the early stage. Chemical and cultural methods of weed management play vital role in reducing weed infestation. Nutrient management is one of the most important agronomic factors that affect the yield of cereal crop. Most of the crops respond quickly to chemical fertilizers and give higher yield and maize is more responsive. Supplementing nitrogen through inorganic sources, helps in increasing the yield of this crop.
Toon meer Toon minder