Weird War One The Antihero's Guide to Surviving Everyday Life 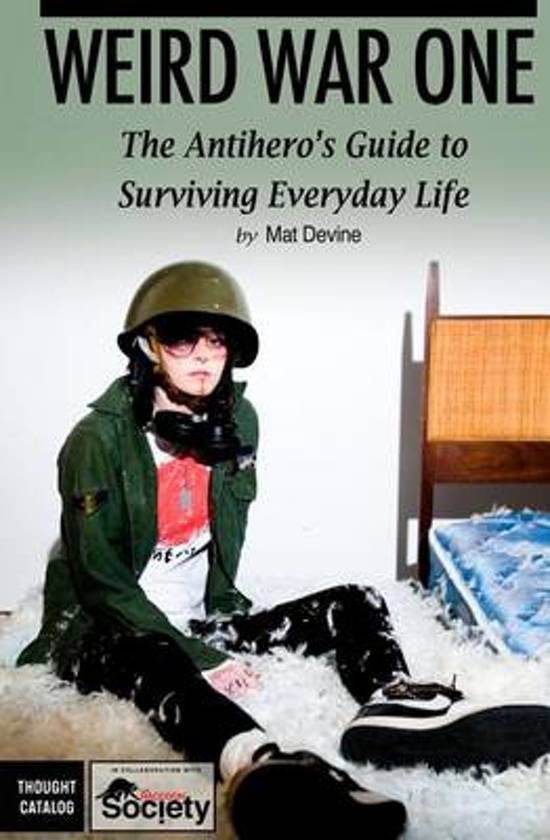 Mat Devine, lead singer of the band Kill Hannah, inadvertently began his own popular advice column after Fuse TV asked him to blog about his life on tour. Mat’s humorous and touching column, aptly titled “The Raccoon Society,” gained a lot of traction as his fans sought advice on serious issues such as alcoholism, bullying, and self-mutilation, while also touching upon lighter subjects like dealing with siblings, fashion, and going to prom.After seeing the sheer volume of wide-ranging questions flooding his inbox, Mat realized that the blog was no longer just an outlet for his road memoirs, but a unique and thriving community of music fans worldwide, who trusted him and the other readers enough to discuss some of the most intimate problems they faced.Weird War One is a book for the outsiders who wear their hearts on their sleeves and a true reminder that you are not alone. Readers will also gain valuable insight and advice from special guests Amanda Palmer, Mikey Way from My Chemical Romance, and Tomo Milicevic from 30 Seconds to Mars. And for Kill Hannah fans, a rare chance to glimpse never-before-seen photos of Devine during his very awkward teenage years."Everything I've ever felt, but could never put into words, is poetically orchestrated through Mat Devine's writing. In a lonely world, a book like this will make you feel like you belong. Simply put, Weird War One changed my life." - Kat Von D"All my heroes went though war. All the good ones do. Mat is like the older brother you wish you had; to tell you it's ok to stay weird." - Kelly Osbourne"This is the book that every outsider needs in his/her pocket. It's hilarious, clever, irreverent, sometimes gut-wrenching proof that the greatest people seem to fight the hardest battles." - Marvin Scott Jarrett, founder/publisher of NYLON Magazine
Toon meer Toon minder