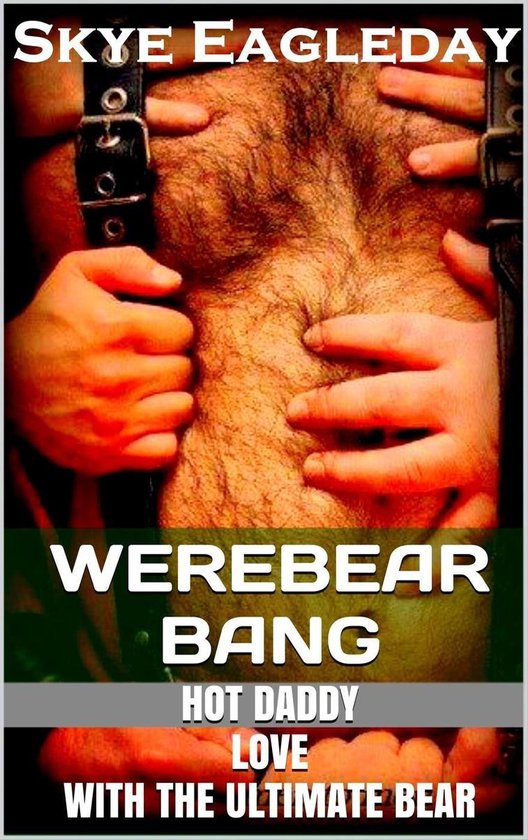 
Only the largest and strongest of the Supernatural Shapeshifting community could have the power to feed his carnal appetite with Werewolves (and a rare Coyote Shifter). The question is if the other Shifters can survive a night of passion with the newly arrived Werebear. This Berserker (as the Werebears call themselves) is entering into spring with his libido awakening after a passionless winter. He defines rough sex. And reflecting his Bear heritage, there is no stopping him from satisfying his desires. No human lover can live if he loses control. Fortunately, Shifters are able to heal in a way humans cannot. Join the Werebear on his journey to taste life to the fullest, including the rich blood of an alpha Werewolf during one of the wildest and roughest supernatural gangbangs you'll ever find.(An adults only explicit story of hot leather daddy sex with the ultimate bear. M/m/m/m/m/)


"So," he said, taking a swallow from his bottle and looking down at my dick. I usually had that effect on guys. Nobody ever looked me in the eye when I was naked. "How did you like doing it with Derrick?"


I flashed back on Derrick, Dallas' pack master and the owner of the Steel Horse Saloon, the biker bar where I had been picking off tricks. Like most Berserkers, I remembered most things in a physical way, rather than in "pictures," so I immediately remembered his wet dog smell, the lube we used, the feel of his skin, and how tight he was when I rammed him. I thought about the fine texture of his blonde hair. I thought about how he smelled of the tequila from a round clay pot. I swear to the goddess if you held a gun to my head (and you would immediately lose that hand if you did), I couldn't tell you his eye color, although since he was blonde, they were most likely blue.


I suddenly surfaced from my memories and said, "Wait a minute, why are you asking me? Is this some sort of shit about pack politics? I got caught by the short hairs back in Duluth one time because of what some were pulled trying to climb up the hierarchy ladder. I'm not going down that road again."


"No, no," he said, waving his hands like he was chasing flies. "He was telling me how much he enjoyed being with you. Coyote guy was knocking back shots and telling me even though he was walking funny for a couple of days, you were the best he's ever had." Dallas took a deep drink and set the bottle back down. "And let me tell, you, the Coyote guy has been around the block long enough to leave a rut. If you're the best he's had, that's really saying something." He laughed and his eyes were shot through with gold. He was growing on me. Maybe it was time to show him the door. I really wasn't ready for a relationship at this point, and I didn't want this turning into "the third time's the charm" thing.


"No offense," I said, sucking down half my ale, "but this feels like one of those were things where you keep prowling around what you really want to say, rather than just dealing with it. My uncle used to say something that translates into English as talking through the flowers. It means addressing the vase on the table instead of the person across from you. It means not being direct. Why are you asking?"


"Well," he said, rubbing the bottle between his large hands as if it were a cock he was trying to please, "I was wondering if you might consider doing a three-way."


"See," I said, finishing my ale and getting up to pull out the Hot Pockets as the microwave dinged, "how hard was that to just say?"