What Women Want The Ideas of the Movement 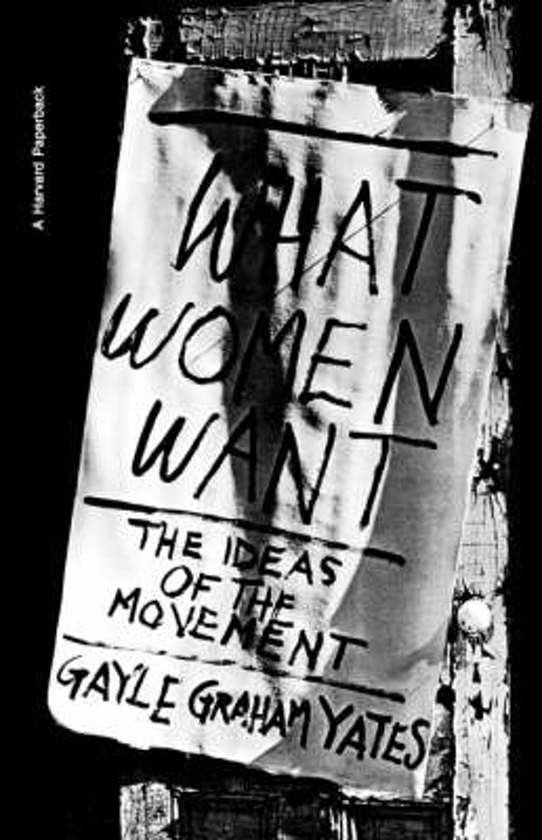 The women's movement is perhaps the most baffling of the recent social reforms to sweep the United States. It is composed of numerous distinct groups, each with specific interests and goals, each with individual leaders and literature. What are the philosophies behind these groups? Who are their leaders and how have their ideas evolved? Do they have a vital connection with the women's movement of the past? And where are feminist groups headed? In this study that brilliantly illuminates the literature and purposes of feminists, What Women Want: The Ideas of the Movement, Gayle Graham Yates has produced the first comprehensive history of feminist women's groups. Concentrating chiefly on the movement from 1959 to 1973, when it erupted in such activist groups as the National Organization for Women (NOW), the Women's Equity Action League (WEAL), and the National Women's Political Caucus (NWPC), the author analyzes in detail their literature, factions, and issues. Her survey encompasses virtually every major expression of the movement's multiple facets, from The Feminine Mystique, Born Female, and Sexual Politics, to Sex and the Single Girl and Memoirs of an Ex-Prom Queen. In a significant breakthrough, the author discerns the pattern underlying this diversity, which should contribute to a fuller understanding of future developments in the women's struggle. She accomplishes this by identifying three key attitudes informing the movement: the feminist, the women's liberationist, and the androgynous or cooperative male-female relationship. The author provides a sensitive, yet critical analysis of the chief spokeswomen in contemporary America, activists like Gloria Steinem, Shulamith Firestone, and Ti-Grace Atkinson. She treats each of the feminist ideologies with balance and respect, yet is refreshingly unafraid to criticize new developments. She bolsters her own conclusions in support of an androgynous or equal sexual society with a judicious spirit. Scholars and the general public alike will find Yates's book not only an indispensable contribution to women's studies, but also a strong and timely addition to contemporary American life and thought.
Toon meer Toon minder

This intelligent book is...a study of the ideas of the contemporary women's movement... It is far and away the best analysis of modern feminist ideas... A comprehensive, readable book that resolves much of the confusion arising from the radically different objectives and assumptions of leading writers in the women's movement... What Women Want is indispensable reading, the best point of departure for understanding the ideas of modern feminism.--Journal of American History