When Grandmama Fell Off the Boat The Best of Harry Graham 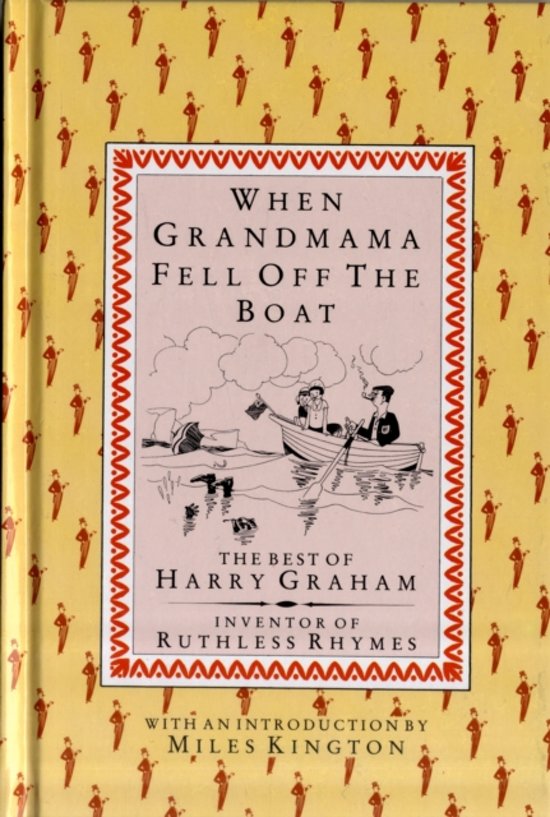 When Grandmama Fell off the Boat is an anthology of the humorous verse of Harry Graham, one of the early 20th century's wittiest writers. Graham made his name as the author of Ruthless Rhymes for Heartless Homes, published in 1898 under the pseudonym Col. D. Streamer (he was a Coldstream Guard). He went on to become a successful writer of stage-show lyrics, and in 1923 had five smash-hit musicals running simultaneously in the West End of London. His work was published not only in England but also in America, where he was credited with introducing sick' verse. The Times in its 1936 obituary compared him with Edward Lear, Lewis Carroll and W. S. Gilbert, an epitaph that has stood the test of time. Graham's secret is his ability to relate common episodes with a sardonic twist. A father irritated by his crying infant finds peace and quiet by popping him in the Frigidaire and a man whose wife elopes with the chauffeur despairs of ever starting the car. His callous and quotable rhymes became the table talk of a generation, influencing emerging writers such as W. H. Auden, George Orwell and Agatha Christie.
Toon meer Toon minder

'He is in the great tradition of Lear and Carroll and Gilbert and Belloc. At his best he easily ranks any of these.' - Jeremy Nicholas, The Ruthless Rhymer, BBC Radio 4