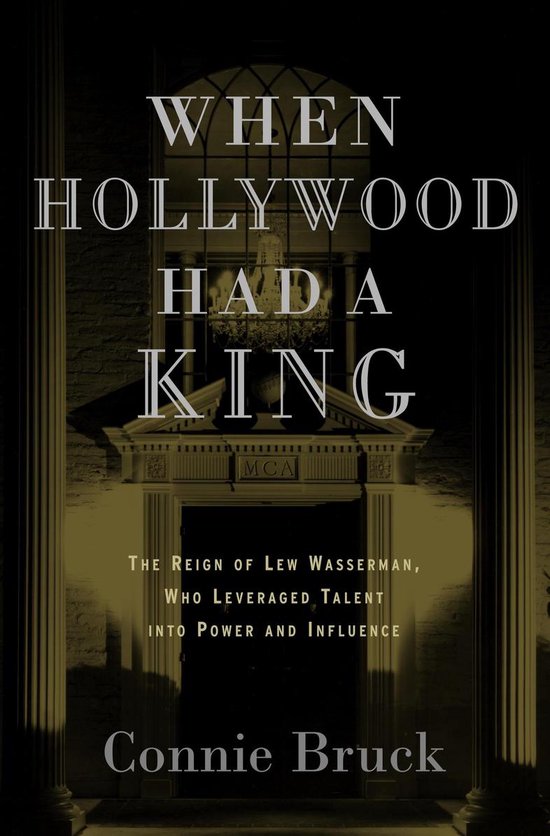 Connie Bruck has been a staff writer at  The New Yorker since 1989 where she writes about business and politics. Her pieces have won multiple awards for reporting and journalism. Her stories have also appeared in  The Washington Post, The New York Times, and  The Atlantic Monthly. She is the author of three books:  Master of the Game, The Predators’ Ball, and  When Hollywood Had a King.
Alles van Connie Bruck
Toon meer Toon minder

In When Hollywood Had a King, the distinguished journalist Connie Bruck tells the sweeping story of MCA and its brilliant leader, a man who transformed the entertainment industry— businessman, politician, tactician, and visionary Lew Wasserman.


The Music Corporation of America was founded in Chicago in 1924 by Dr. Jules Stein, an ophthalmologist with a gift for booking bands. Twelve years later, Stein moved his operations west to Beverly Hills and hired Lew Wasserman. From his meager beginnings as a movie-theater usher in Cleveland, Wasserman ultimately ascended to the post of president of MCA, and the company became the most powerful force in Hollywood, regarded with a mixture of fear and awe.


In his signature black suit and black knit tie, Was-serman took Hollywood by storm. He shifted the balance of power from the studios—which had seven-year contractual strangleholds on the stars—to the talent, who became profit partners. When an antitrust suit forced MCA's evolution from talent agency to film- and television-production company, it was Wasserman who parlayed the control of a wide variety of entertainment and media products into a new type of Hollywood power base. There was only Washington left to conquer, and conquer it Wasserman did, quietly brokering alliances with Democratic and Republican administrations alike.


That Wasserman's reach extended from the underworld to the White House only added to his mystique. Among his friends were Teamster boss Jimmy Hoffa, mob lawyer Sidney Korshak, and gangster Moe Dalitz—along with Presidents Johnson, Clinton, and especially Reagan, who enjoyed a particularly close and mutually beneficial relationship with Wasserman. He was equally intimate with Hollywood royalty, from Bette Davis and Jimmy Stewart to Steven Spielberg, who began his career at MCA and once described Wasserman's eyeglasses as looking like two giant movie screens.


The history of MCA is really the history of a revolution. Lew Wasserman ushered in the Hollywood we know today. He is the link between the old-school moguls with their ironclad studio contracts and the new industry defined by multimedia conglomerates, power agents, multimillionaire actors, and profit sharing. In the hands of Connie Bruck, the story of Lew Wasserman's rise to power takes on an almost Shakespearean scope. When Hollywood Had a King reveals the industry's greatest untold story: how a stealthy, enterprising power broker became, for a time, Tinseltown's absolute monarch.

Oorspronkelijke releasedatum
2003-06-03
Subtitel
The Reign of Lew Wasserman, Who Leveraged Talent into Power and Influence