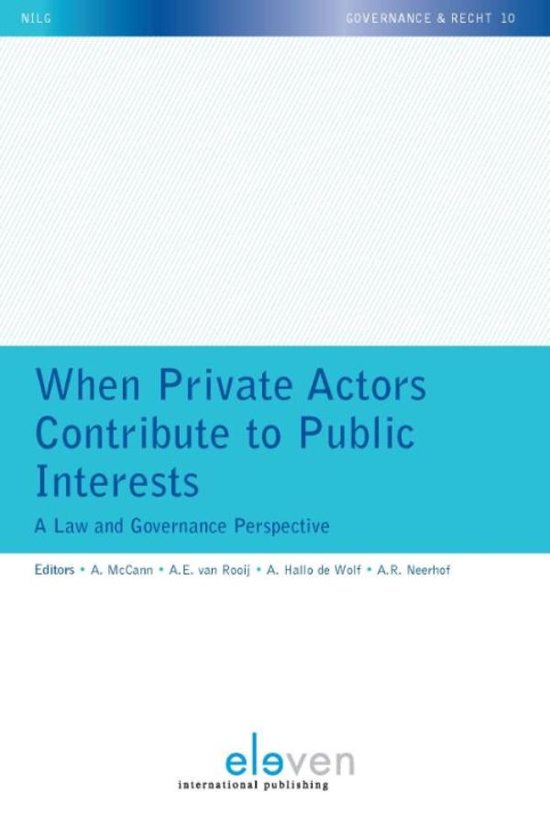 This volume of the Netherlands Institute for Law and Governance Series is the result of a PhD Roundtable Forum on the theme: `When Private Actors Contribute to Public Interests held on the 19th April 2012 in Amsterdam, the Netherlands. Traditionally, when we think of the actors responsible for securing or protecting fundamental interests of society, we think of public actors state authorities, government officials, the judiciary, enforcement officers, and politicians. However, the focus of this book is to reflect on the role private actors play in regard to fundamental interests of society the degree of interaction between private actors and public actors, and the processes and instruments that arise. The concomitant appearance of new or revised forms of governance, together with the growing role of private actors, nonetheless, raises questions about legitimacy, accountability, participation and transparency. These questions are addressed throughout this book.
Toon meer Toon minder