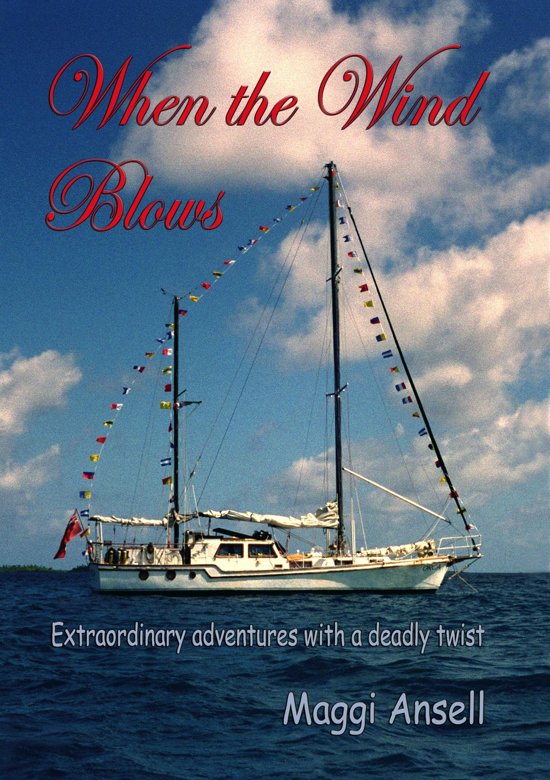 One scorching November day in the Cayman Islands, Robin falls in love with a newly-confiscated drug boat offered for sale by the government. Maggi suggests he submit a bid, never believing that he will be successful. It is a bitter-sweet surprise to her when they become the owners of a 55-foot ferro-cement yacht. Now she must learn to sail, as Robin intends to go cruising.

Months of hard work, fun and mishaps follow while they refurbish the yacht, now called Orca, move on board and take her on sea trials in preparation for a Pacific Ocean crossing. Reality sets in when Maggi finds herself alone on night-watch for the first time. They settle into an uneasy routine for the 36-day passage from Panama to the Marquesas, tackling each adventure and adversity as it arises. En route to Australia, idyllic days are spent on South Pacific islands where they encounter some hilarious and entertaining characters. This is the year when the SE Trade Winds refuse to blow. Sailing seems all about too little or too much wind: they roll in the doldrums and in one of the many squalls battle to avoid being run down by a Korean factory-fishing vessel.

After several months in Australia, Robin and Maggi refit the boat for the journey round the North Pacific to Canada via the Solomon Islands, Japan, Korea, Russia and Alaska. Two days outside the Great Barrier Reef in the Coral Sea, Orca is overtaken by an unforeseen cyclone which refuses to move. They struggle to set a parachute-anchor: their last line of defence in untenable conditions. Orca is knocked down and the adventure peaks in the powerful telling of an incredible air-to-sea rescue at dusk, when Orca is abandoned just 8 miles from the reef where she will founder before morning.

The rescue crew receive many commendations and bravery awards, including the Bronze Cross; an award endorsed by Her Majesty Queen Elizabeth II, and the Golden Hour Award for the most outstanding helicopter rescue of its kind world-wide for 1997.