Death can come without warning. And for sixty-five-year-old Dale Chormanski, death would find him as he drove home with his daughter from a Bruce Springsteen concert. But death isnt always the end. Dale died next to his daughter, but what came next was a story of miracles, a daughters heroism, and Dales valiant fight to live and recover. When You Died shares author Dale Chormanskis harrowing but miraculous story of returning from death through the heroic, lifesaving efforts of his daughter, Erin, on the side of a busy highway in Ohio. While his chances were listed at two thousand to one when he arrived at Metro General Hospital, Dale credits his personal guardian angel, Erin, and the world-class doctors and heart surgeons for saving his life. Yet while others are able to help Dale piece together the facts, only Dale can share the strange occurrences he experienced when he was deadand the many other guardian angels who helped him recover. The music faded out. His mind faded away, and that was ithe was dead. But Dale Chormanski would come out on the other side of death despite the odds. Thanks to the work of his doctorsand with a bit of help from his guardian angelsDale can today share the lessons learned from his near-death experience, helping us to seek the guardian angels in our own lives and take care of ourselves. 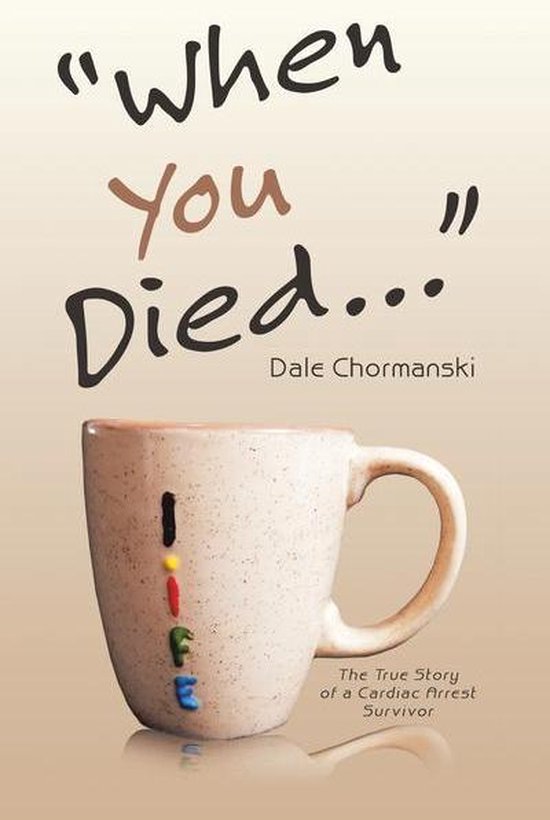