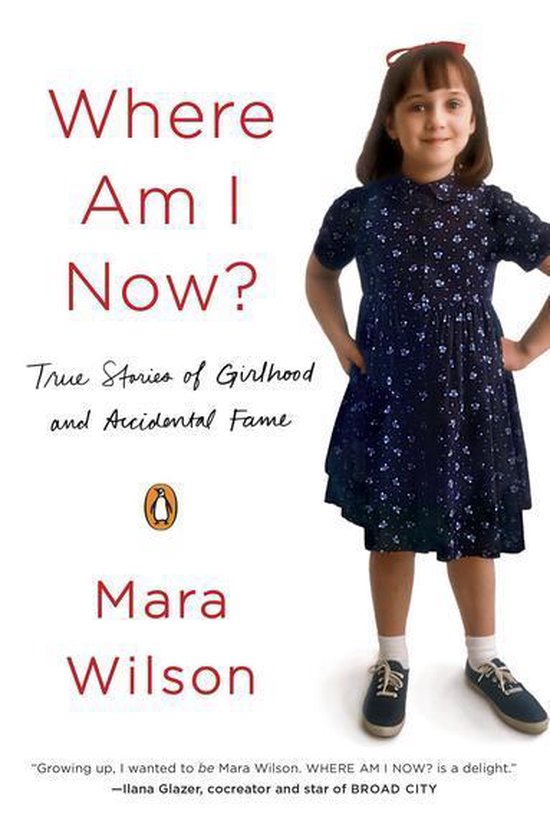 Mara Wilson is a writer, playwright, actor, and storyteller perhaps best known as the little girl from Mrs. Doubtfire, Miracle on 34th Street, and Matilda. A graduate of NYU’s Tisch School of the Arts, she regularly appears at live storytelling and comedy shows, including her own, What Are You Afraid Of?. Her writing can be found on Jezebel, The Toast, McSweeney’s, the Daily Beast, and Cracked.com, and on her blog, MaraWilsonWritesStuff.com. A voice actor on the podcast Welcome to Night Vale, she will guest star on upcoming episodes of Broad City and BoJack Horseman. She lives in New York City.
Alles van Mara Wilson
Toon meer Toon minder


"Growing up, I wanted to be Mara Wilson. Where Am I Now? is a delight." —Ilana Glazer, cocreator and star of Broad City


A former child actor best known for her starring roles in Matilda and Mrs. Doubtfire, Mara Wilson has always felt a little young and out of place: as the only kid on a film set full of adults, the first daughter in a house full of boys, a Valley girl in New York and a neurotic in California, and a grown-up the world still remembers as a little girl. Tackling everything from what she learned about sex on the set of Melrose Place, to discovering in adolescence that she was no longer "cute" enough for Hollywood, these essays chart her journey from accidental fame to relative (but happy) obscurity. They also illuminate universal struggles, like navigating love and loss, and figuring out who you are and where you belong. Candid, insightful, moving, and hilarious, Where Am I Now? introduces Mara Wilson as a brilliant new chronicler of the experience that is growing up female.