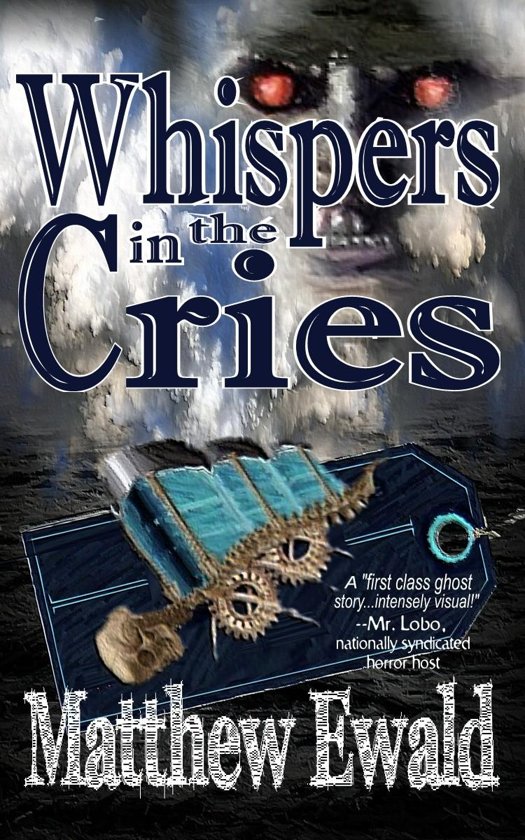 How deep are you willing to go to unlock the mystery? ------------------------ A young hotshot journalist's life unravels in a web of mystery and horror when he is called back to a home and family he hasn't seen in over a decade. He returns home after the mysterious death of his grandfather, a WWII vet who has seen, first hand, the horrors of life and man. From the beaches of Normandy to the bitter cold of Bastogne; he was a respected hero and man of great strength both physically and mentally. A man who was confined to an asylum in the last weeks of his life; where he spoke of demonic entities, faceless spirits who tormented him relentlessly, and images depicting a black shadowed poltergeist in a top hat and grin. A ''sniveling whelp,'' as he would once say, confined to an asylum where he carved and drew strange markings upon the floor, the ceiling, the walls; stories and tales told all leading to a nameless vessel. A ghost ship that has drank the most ancient of blood. Tasted the most ancient of flesh. A vessel that has now...awoken. Now hunted by the shadowed entity of his grandfather's past and its dark brethren of phantom wraiths, macabre menace, and demonic beasts, Randy Conroy must survive the nightmare his grandfather could not. ''A first class ghost story....intensely visual!'' Mister Lobo, (nationally syndicated horror host) ''Matthew Ewald's love of horror is matched only by his love of mystery--the tale unfolds like a descriptive Film Noir in which the mysteries grab us long before we realize we are actually down a terrifying path into the horror genre...'' -- Michele Specht (Corporal Simone Cole -- Clive Barker's ''Jericho'') ''Take yourself into the hollowed bowels of the Queen Mary...then drown in Ewald's brutal and haunting prose.'' -- Wayne Allen Sallee (Five time Bram Stoker Award Nominee and author of ''The Holy Terror,'' ''With Wounds Still Wet,'' ''Fiends By Torchlight,'' and the upcoming ''Proactive Contrition'')


Matthew Ewald has come from a number of movies ranging from theatrical releases to made-for-cable dramas and thrillers, as well as a few A.F.I. Independent Productions. He was fortunate enough to have portrayed Nicholas Bluetooth on the highly popular science fiction/adventure television series, ''Galidor,'' the Galidor franchise an international hit spawning Matthew his own action figure. He starred in John Murlowski's Sci-fi thriller Terminal Error. Matthew is a member of the HWA (Horror Writers Association), as well as a published author with a number of horror stories already to his credit (three of which he had been asked to adapt into audio productions). Human Nature marks his debut novel. His follow-up novel, Whispers in the Cries, is his latest and a masterpiece of the genre combining frightening ghost story themes before a backdrop of events surrounding the RMS Queen Mary.