White Continent A Novel of War in Antarctica 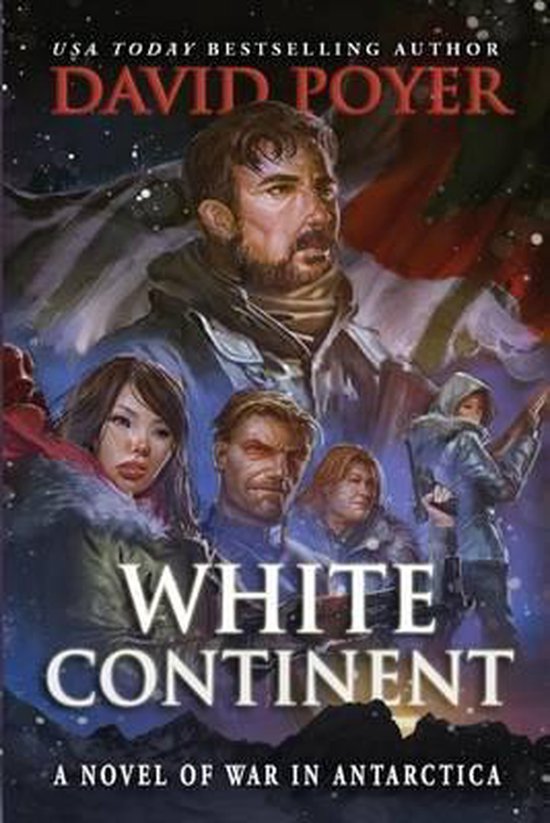 A NOVEL OF GEOPOLITICAL CONFLICT ON EARTH'S FINAL FRONTIER


For thirty years diehard David Poyer fans searched used bookstores for the few tattered copies surviving of WHITE CONTINENT. This sprawling first novel reads like a remix of ATLAS SHRUGGED and THE DOGS OF WAR, as retold by Robert Heinlein. It follows a team of adventurers, mercenaries, outcasts, and entrepreneurs in a daring coup to take over the last undeveloped and unclaimed land on earth – the terrifyingly hostile continent of Antarctica. Using advanced technology to survive, they build a Utopian society, both communal and fiercely individualistic, unlike any that exists elsewhere on earth.


Jaded Parisian expat turned Antarctic pioneer Edouard Roudensky is the narrator, forced to drive his pencil over a damp legal pad at the point of a gun. But dozens of other sharply-drawn characters populate these pages too. International legal expert Fumiko Kasuhara; whaler and ice-captain Adrian Larsson; tight-fisted oil-sands billionaire Dorothea Lindahl; icy, sardonic mercenary Robert Blakeley. And many others, from all corners of the world, joined under their red, green, and white flag.


Then, suddenly and unexpectedly, they must fight to defend their new homeland, against those who want to take it from them.


This new edition cuts 10,000 words from the original text, reading much faster and more smoothly. The geopolitical scene has changed since WHITE CONTINENT was written. But the book is prescient in its foreshadowing of today's conflicting claims and impending resource wars in places like the Arctic and the China Sea. Fans of Poyer's later books will notice hints of themes he's still exploring, such as the search for authentic authority, conflicted heroes, and deeply-layered, multidimensional characters who think as well as act.


The ambition and epic sweep of WHITE CONTINENT, as well as David Poyer's evocation of the horrific grandeur of the most hostile setting on earth, marked the appearance of a blazing new talent . . . always chronicling the struggles of heroic men and women to achieve, endure, and prevail.


Millions of copies of Dave Poyer's nearly forty books are in print, including THE MED, THE GULF, THE CIRCLE, THE PASSAGE, TOMAHAWK, CHINA SEA, BLACK STORM, THE COMMAND, THE THREAT, KOREA STRAIT, THE WEAPON, THE CRISIS, THE TOWERS, THE CRUISER, and TIPPING POINT, USA Today best-selling novels of the modern Navy and Marine Corps; and FIRE ON THE WATERS, A COUNTRY OF OUR OWN, and THAT ANVIL OF OUR SOULS, historical fiction set during the Civil War. His work has been translated into Japanese, Dutch, and Italian, and rights have been sold for films and audiobooks.


Poyer holds a master's degree from George Washington University and has taught or lectured at Annapolis, Flagler College, University of Pittsburgh, Old Dominion University, Armed Forces Staff College, University of North Florida, The New College, and other institutions. His fiction has been required reading in the U.S. Naval Academy's Literature of the Sea course, along with that of Conrad and Melville. He was a founding editor of the New Virginia Review, and is currently a contributing editor for Shipmate Magazine and a teacher of fiction and memoir at Wilkes University, Wilkes-Barre, PA.