Who Was Behind 9/11? Executive Intelligence Review; Volume 43, Issue 18 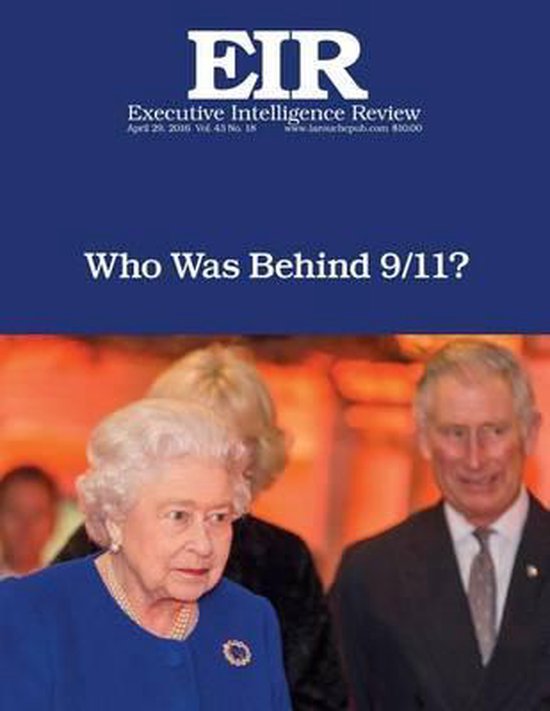 War with Russia, China, and India, or Global Development Partnership? by Helga Zepp-LaRouche, chairman of the German political party BuSo April 22-In the absence of adequate public debate on a development that concerns all of our lives and on which the future existence of the human race depends, the world once again finds itself in a Cold War and a global spiraling arms race: The United States' and NATO's attempt to ram through a unipolar world order-although it does not correspond to actual power relations-threatens to set off new wars. In the age of thermonuclear weapons, it would mean the third and final world war. The simultaneous flare-up of the conflicts in the South China Sea and around the Korean Peninsula, and the situations in the Baltic states and Baltic Sea, in Ukraine, and Southwest Asia are all defined, despite their own specific predicates, by this characteristic: In stark contrast to the official propaganda line which accuses Russia and China of aggressive behavior, it is in reality the United States, Great Britain, and NATO that are working away at encircling and provoking Russia and China. To this end, President Obama launched last week the Southeast Asia Maritime Security Initiative, funded with $425 million, an initiative intended to forge the seven ASEAN nations, plus Taiwan, into a military bloc against China in the Pacific. In an article titled, "Saving the South China Sea Without Starting World War III," published March 30 in The National Interest, the author, Van Jackson, a military analyst from the Center for a New American Security, even urged the creation of an alliance which would bring India, Australia, South Korea, Japan, Indonesia, Vietnam, and the Philippines together under U.S. direction. Chinese international affairs expert Hua Yisheng responded in an uncharacteristically sharp tone in the official Chinese newspaper People's Daily, in an article with the headline, "U.S. Fanning the Flames of Potential World War III Will Only Hurt Itself." He described the massive military buildup in the region against China that is already underway, and the picture of Chinese activities there which has been distorted for the sake of propaganda. Given the obvious orchestration of an escalation of the situation in the South China Sea prior to the ruling on the Philippines' complaint against China before the Permanent Court of Arbitration in the Hague-a ruling expected in late May or early June-Chinese Foreign Minister Wang Yi declared explicitly that, in denying the authority of this court, China is in absolute accordance with Article 298 of the UN Convention on the Law of the Sea (UNCLOS), which excludes any forced settlement and provides instead for solutions to conflict through dialogue and negotiation. The same guideline appears in Article 4 of the Declaration on the Conduct of Parties in the South China Sea (DOC), which has been signed by China and the ASEAN nations. It is rather the Philippines that is aggravating the situation with its one-sided claims. At the latest meeting of the Russian, Chinese, and Indian foreign ministers in Moscow, Russian Foreign Minister Sergey Lavrov explicitly supported the Chinese position that the conflict should be solved through negotiations between the nations directly affected, and by avoiding its internationalization. At the conclusion of this meeting, in what must have come as a surprise to some, all three foreign ministers signed a communique presenting the international treaties which China invokes-UNCLOS and DOC-as the correct basis for resolving the conflict. That makes clear that India has rejected the United States' claim to a unipolar world."
Toon meer Toon minder