Why Don't They Learn English? Separating Fact from Fallacy in the U.S.Language Debate 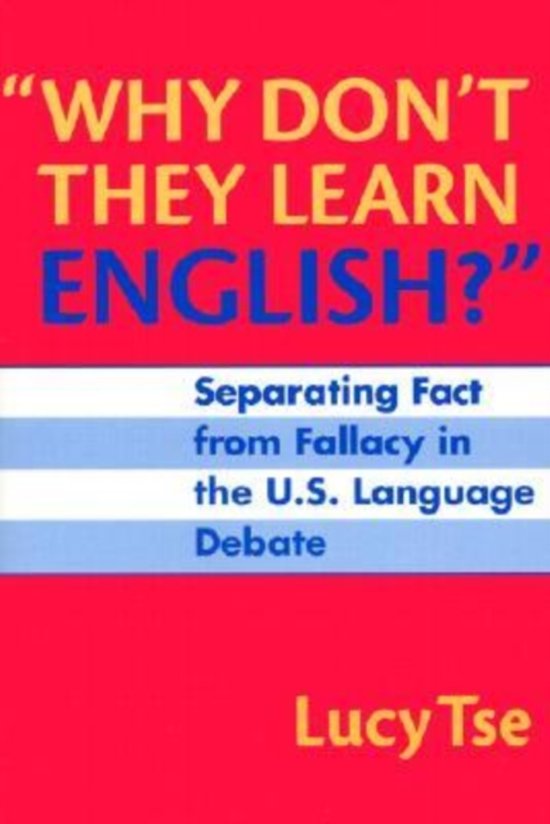 This compelling book examines the often cited but poorly supported claims that immigrants fail to learn English, and the mistaken belief that immigrant communities cling to their heritage languages. The author reveals that, on the contrary, English is being learned at a rapid pace while heritage languages are disappearing quickly from family use. She shows us how current assumptions have a pervasive influence on language policy in the United States. Ultimately, the author argues for an educational approach that effectively embraces immigrant communities as they tackle the obstacles to language learning in the United States. This unique volume offers a short, readable introduction to these issues suitable for nonspecialists as well as educators, researchers, and other professionals.

In clear and elegant prose, Lucy Tse debunks prevalent myths about English-language learning among immigrant children. - Jim Cummins, University of Toronto; Lucy Tse is among the few to explain the causes and consequences of language loss in human terms. Her perceptive, readable, and thoroughly documented study should be on the bookshelf of every educator of immigrant students. - James Crawford, author of At War with Diversity: U.S. Language Policy in an Age of Anxiety