Why the Poor Die Poor? 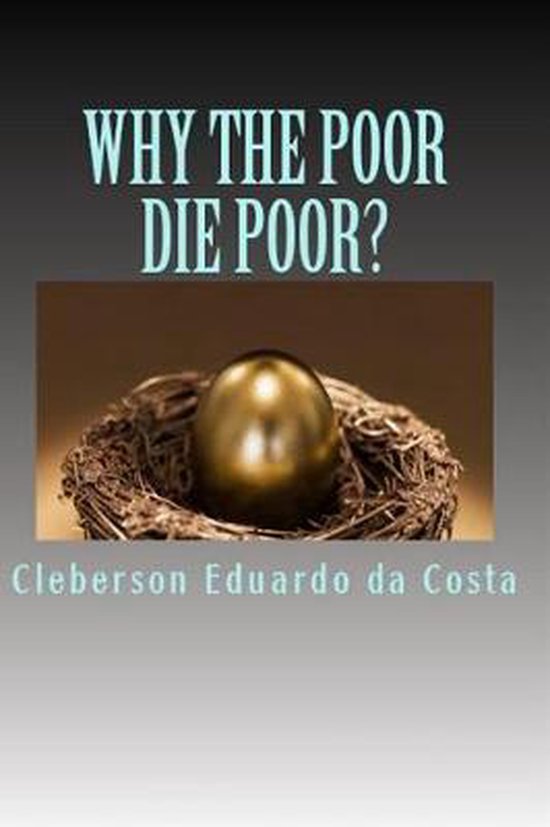 Today, at the dawn of the 21st century, according to the official data of the UN, about more than a billion people are affected (in their large majorities in poor countries and/or underdeveloped countries of Africa, Asia and south America) by states of extreme poverty, i.e. approx. 15% to 20% of the world's population, for various reasons, are living in poverty, malnourished, below the line of poverty. This population of infamous in the world (that is living below the poverty line, with less than two or three dollars per day) is identified, by this same UN, such as the one that is formed by individuals who are not part of the flame world population economically active, that is, formed by individuals who do not participate in direct and/or systematically - the production of the world's GDP (gross domestic product ) by means of their countries. In other words, it should be stressed: Are also identified and/or classified (according to this same UN), not as poor, but as miserable, because they are often, in addition to unemployed, without any type of fixed income , and also by other factors, such as, for example: 1- because they are belonging to people who are affected by civil wars; 2- natural disasters; 3- historical inequalities extreme social, etc. , surviving (and not living) in conditions considered degrading.Our problem, here in this book, therefore, as in all of the series "Secrets of prosperity", it is important to emphasize, is not directed to these, i.e. those considered miserable, who live below the line of poverty, once that, we believe that, to overcome the social exclusion when extreme, as they are and/or are in these cases of miseries here previously described - it is believed - will be possible only to be effectively combated and/or eradicated by means of public policies fair, not palliative, carried out on a global scale.II - OF OUR OBJECT OF STUDYOur problem here, and if so, how could not fail to be, it should be stressed again, "is and/or will be specifically focused, placed on those groups of individuals who , even under the condition of so-called socially excluded and/or considered to be poor.1- "They have jobs so-called formal and/or sources of income, i.e. , they are producing some kind of wealth, as employees, as professionals or standalone, forming these, while collectivity, the group of the so-called active population, but that, even so, throughout their lives called productive, cannot come out of it , called poverty line." 2- "live under the poverty line (and not below it, in a state of poverty), but that, even so, having access to some kind of income (as part of the so-called active population, contributing to the production of the national GDP and/or worldwide), cannot overcome it and/or leave it along its stocks proletarian." In other words, ratifying, our study will be centered, while collectivity, even if the members of this group are unaware of the condition, those individuals who : "Begin the work, sometimes very early, because they are so-called poor and, even so, after years of hard work, die (retired or not) in the same condition of poverty and/or an even worse than the previous ."
Toon meer Toon minder