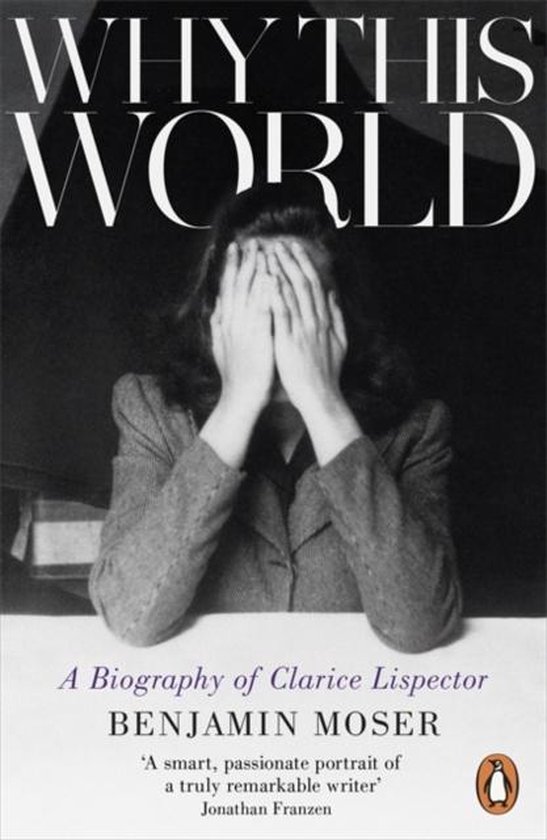 That rare person who looked like Marlene Dietrich and wrote like Virginia Woolf, Clarice Lispector is one of the most popular but least understood of Latin American writers, and now in Why this World, after years of research on three continents, drawing on previously unknown manuscripts and dozens of interviews, Benjamin Moser demonstrates how Lispector's development as a writer was directly connected to the story of her turbulent life. Born in the nightmarish landscape of post-World War I Ukraine, Clarice became, virtually from adolescence, a person whose beauty, genius, and eccentricity intrigued Brazil. Why This World tells how this precocious girl, through long exile abroad and difficult personal struggles, matured into a great writer, and asserts, for the first time, the deep roots in the Jewish mystical tradition that make her the true heir to Kafka as well as the unlikely author of perhaps the greatest spiritual autobiography of the twentieth century. From Chechelnik to Recife, from Naples and Bern to Washington and Rio de Janeiro, Why This World strips away the mythology surrounding this extraordinary figure and shows how Clarice Lispector transformed one woman's struggles into a universally resonant art. Benjamin Moser is the New Books columnist of Harper's Magazine. He was born in Houston in 1976 and currently lives in the Netherlands. He is a contributor to the The New York Review of Books, and he has written for Conde Nast Traveler and Newsweek, as well as many other publications.
Toon meer Toon minder