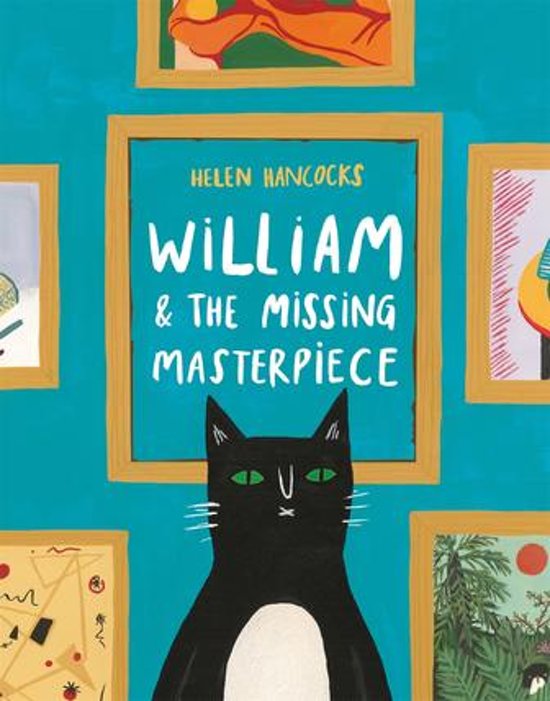 Handsome cat William finds himself at the centre of mysterious case when famous masterpiece The Mona Cheesa is stolen from a Parisian gallery. Who could be responsible for the theft? Can William put the mysterious clues together in time? Fans of Helen Hancocks' Penguin in Peril won't be disappointed with this hilarious tale of cat and mouse.

Helen Hancocks' debut, Penguin in Peril, was one of the critical successes of 2013. Following a trio of cats who attempt to kidnap a penguin, the illustrations are particularly appealing, using pencil drawings and computer graphic images to create a unique visual effect. In William and the Missing Masterpiece, Hancocks again puts an animal at the centre of a mystery, when a handsome cat, William, is drawn into the conspiracy of an art theft at a Paris museum. The Missing portrait? The Mona Cheesa. Cue a fabulous pun-laden adventure through Paris. * The Sunday Business Post (Ireland) * Hancocks recombines some of the ingredients that made her debut, Penguin in Peril, a success: an animal hero, a casually witty narrative voice, and her own faux-primitive paintings. This time, the story features William, international cat of mystery, and the missing masterpiece is the Mona Cheesa (in front of whose famous subject Hancocks piles blocks of gourmet cheese). While the story's course is predictable-clues include a mouse-size hole below the painting-the focus is really on the glamor of Paris. Audiences are assumed to have a working knowledge of gastronomy as William gets invited to the Homage to Fromage Annual Art Gala by his friends Henri Roquefort and Fifi Le Brie. In the best sequence, William spots a shady figure and gives suspenseful chase. But he soon gives up to attend a reception, where a new painting catches his eye: Something about it seemed very familiar... (even the youngest readers will see that it's the Mona Lisa... er, Cheesa with glasses and a moustache). Francophiles and budding sleuths will be charmed. Ages 3-7. (Apr.) * Publishers Weekly *
Toon meer Toon minder