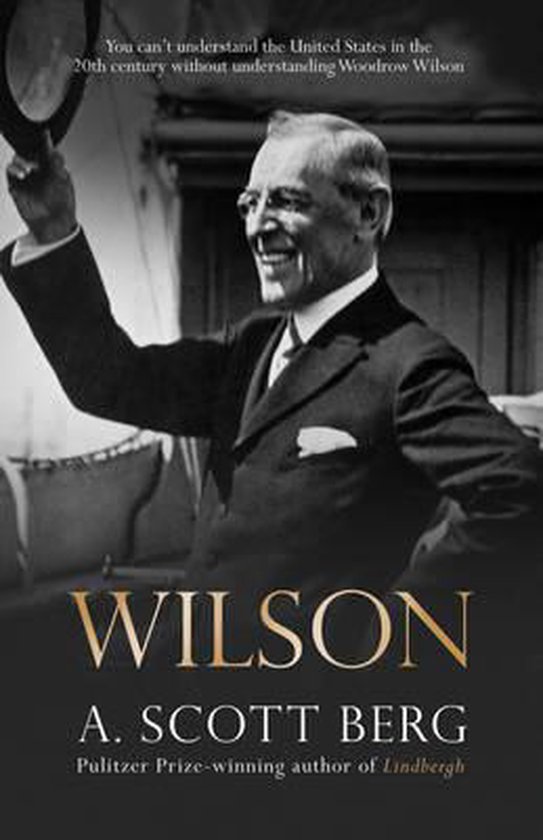 A. Scott Berg graduated from Princeton University in 1971. He is the author of the bestselling books  Max Perkins: Editor of Genius, which won the National Book Award, Goldwyn: A Biography, for which he received a Guggenheim Fellowship, and Lindbergh, which won the Pulitzer Prize. He lives in Los Angeles.
Alles van A. Scott Berg
Toon meer Toon minder

As A. Scott Berg says: 'You can't understand the United States in the twentieth century without understanding Woodrow Wilson'


From Pulitzer Prize-winning author, A. Scott Berg, comes the definitive and revelatory biography of one of the greatest American figures of our time.


One hundred years after his inauguration, Woodrow Wilson still stands as one of the most influential figures of the twentieth century, and one of the most enigmatic. And now, after more than a decade of research and writing, Pulitzer Prize-winning author A. Scott Berg has completed Wilson- the most personal and penetrating biography ever written about the 28th President.


In addition to the hundreds of thousands of documents in the Wilson Archives, Berg was the first biographer to gain access to two recently-discovered caches of papers belonging to those close to Wilson. From this material, Berg was able to add countless details - even several unknown events - that fill in missing pieces of Wilson's character and cast new light on his entire life.


From the scholar-President who ushered the country through its first great world war to the man of intense passion and turbulence, from the idealist determined to make the world 'safe for democracy', to the stroke-crippled leader whose incapacity, and the subterfuges around it, were among the century's greatest secrets, the result is an intimate portrait written with a particularly contemporary point of view - a book at once magisterial and deeply emotional about the whole of Wilson's life, accomplishments and failings. This is not just Wilson the icon - but Wilson the man.


'Berg turns that historic flight into a cogent and thoroughly gripping account that conveys all the magic, danger and courage of the young pilot's achievement' Michiko Kakutani, New York Times


'An astonishing biography of a man who personified the future tense, no sentence is overwritten, no passage overwrought' Boston Sunday Globe