Windows to the Soul Gyrations of Acrobatic Exploits in the Realms of Unconventional Gymnastics! 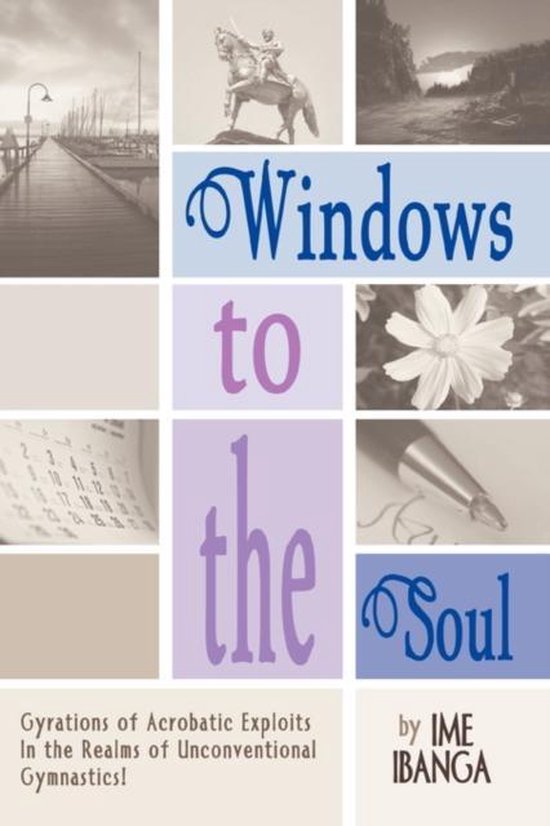 A Poet is a poet and his value is realized by the aesthetics and free run of the lines that form the corpus of his poetry. Rhythm, rhyme and images beautify a poem, but the muse on which a poet builds poem is the keynote of poetic appreciation. Such muse is important because it has something to do with reality. Ime Ibanga, as a poet, has made acrobatical exploits into the realms of diverse topics of experience in his collection of poems entitled Windows to the Soul. Windows to the Soul, as it is, is a random imaginative passage into various categories that life represents. Sometimes these categories are pleasant, at other times; they are the wreckages of misfortunes. But misfortunes in themselves, no matter what degree, are not terminal points in life. As some poems in the title show, especially those whose muses are highly religious, there is total assurance from misery dependent on inward faith in the supremacy of a Supernatural Being. For instance, stanza two of "Divine Love" states: "So the great God for our good Shares our troubles Bares our pains Lest in our struggles We lose our ventures." However, not that the entire muse of Ime's poems is pastoral, for he wrote most of his poems, well long before he had his calling into the ministry. In fact, the cardinal signpost of Ime's thought is the radical graduation from one subject landmark to another. Significantly, when he is not entirely prophetic, he is mystical, philosophical and romantic. A glimpse on these lines would bear me out: "To the clouds, my love Above the mountains Where angels in Biblical myths In conquest, rode upon chariots." The above is a celebration of unfettered romantic feelings. There are other poems in the collection that are equally inspiring and evocative. For instance, poems like Wisdom of Sand, Time, Pictures of the Mind, Victory etc. are all poems that can stand comparative tests with the Soyinka's and the Osundare's, although Ime's poetic execution is of the simplistic hue. But again, one of the most outstanding poems, and which is so intellectually attractive is "Itikirikiri Village". Here, the poet uses homegrown experiences to convey a significant natural point of view. He writes: "Itikirikiri O! You're an insignificant enclave In Nigeria's hinterland Lost out in the woods Cut off from modernity…" Here is a village that produces all the food, yet so neglected in the provision of social amenities. Her people remain rusty, untouched by wave of modernity and urban sophistication. It is true that the edifice of the collection is totally prosaic, but the poet is sometimes griped with mystical and existentialist topics. Stanza one of "Infinite Provisions" read: "Wherefore the tears of sorrow Previously shed Is replaced By hilarious feelings." However, the whole poetic rending indicates that the poet is engulfed in an experiential dilemma. Many confusing things are happening at the same time, and the poet is at a crossroad to envisage order in the seeming state of disorder. These battered feelings, however, say why the lamentation of the poet is poured in sweet music. That is why the hallmark of Ime's Poetry is that of consistent rhyme and rhythm. This rhythmic flow paves way for over repetition, which leads to melody. Another hallmark of his is the free-verse style and the extravagant use of metaphor and personification. Take for instance the following lines extracted from "Stepping Out":
Toon meer Toon minder