Winds of Dalmatia A Historical Novel 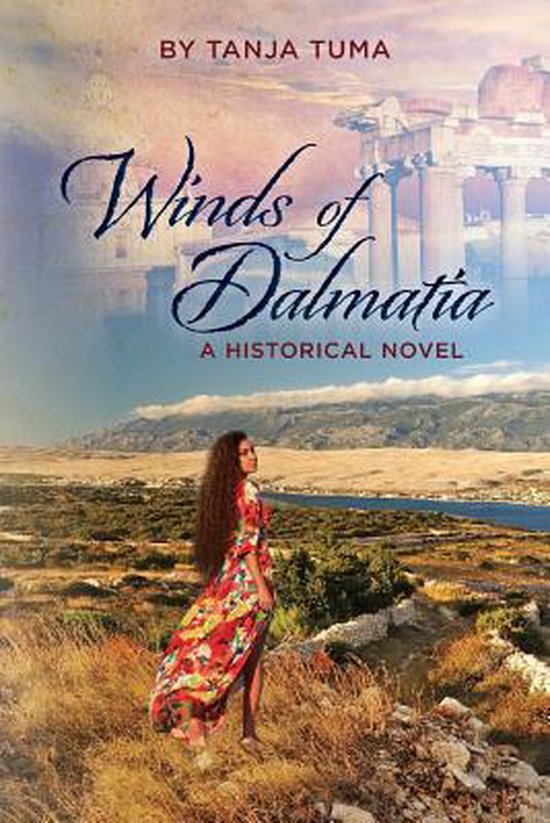 The Winds of Dalmatia is Tanja Tuma’s brilliant, epic, intriguing, and well-crafted novel dedicated to those who’ve followed the headlines from the Bosnian war yet may not fully comprehend the terrible individual suffering that transpired in the lives of its victims.

It’s the first book of Tuma’s Balkan trilogy. Fans should note that the second book will travel north to Istria and Slovenia, and in the third, east to Serbia, Kosovo, and Macedonia.

The plot of Winds of Dalmatia is sweeping, grand, romantic, and beautiful.

Maria Peric has gone through her personal hell during the Balkan war and survived. Now in her sixties, she leads a comfortable life managing a hotel on a quiet island, and raising her beloved Paula. Her past is as shady as the source of her wealth. When Paula falls ill with leukemia, there’s only one way to save her — Maria must tell the truth, and Paula must face the Serbian war criminal awaiting his verdict from the International Criminal Tribunal at the Hague Hilton.

In her spare time, Maria escapes reality by researching the history of her homeland Dalmatia. Her historical saga begins with a Greek colony in the Sixth Century B.C. on the isle of Korcula, followed by a chapter on the Roman times, the era of the Emperor Diocletian, born in Dalmatia.

Her research moves to Dubrovnik, as the mighty Republic of Ragusa blooms in the Fourteenth Century, challenging the Venetians in the Adriatic. The Fifteenth Century witnesses the Ottoman Empire bring Islam to the hinterland of Dalmatia. Readers will thrill to the intrigues of a harem where a young rebellious wife and a eunuch long for freedom and love.

As World War I demands more soldiers, a mother decides to commit her beloved son to the safety of the Blaca monastery on the island of Brac, which saves him from the front. Yet the mother still loses him, and her wrath is terrible.

These escapist tales never fail to entertain, but cannot distract Maria and Paula from their appointment with destiny. And as all of the action wraps up, the main characters live on, ready for the second and the third parts of Tuma’s Balkan troika.

The moral dilemmas, as well as the twists and turns of the novel, will keep readers on the edge of their seats. The basic theme Tuma sets forth is that of individuals living in challenging times of conflicts and wars, and how they cope with their own personal values, love, and loved ones. Villains may sometimes do that which is right, pure, and noble, while good people are forced into committing crimes. Tuma’s characters are deep, interesting, and complex. Her book is dramatic, appealing, and filled with characters that are flawed yet always full of surprises. Sometimes it’s impossible not to hate them, while other times the reader will be driven to stand up and cheer for them.

The Winds of Dalmatia will grip the readers, and take them into a passionate, first-hand journey of the various cultures of the former Yugoslavia. The novel craftily skirts by the troubling war violence as it conveys the internal conflicts of various characters dealing with it in different historical periods. The clashes of three religions and cultures — Catholicism, Orthodoxy, and Islam — as well as World War I, World War II, and the 1990s war in the Balkans, provide the backdrop for love stories in which normal people are trying to come to terms with the tumult of conflicts and wars around them, longing for freedom, love, and peace.
Toon meer Toon minder