Wings in Orbit Scientific and Engineering Legacies of the Space Shuttle 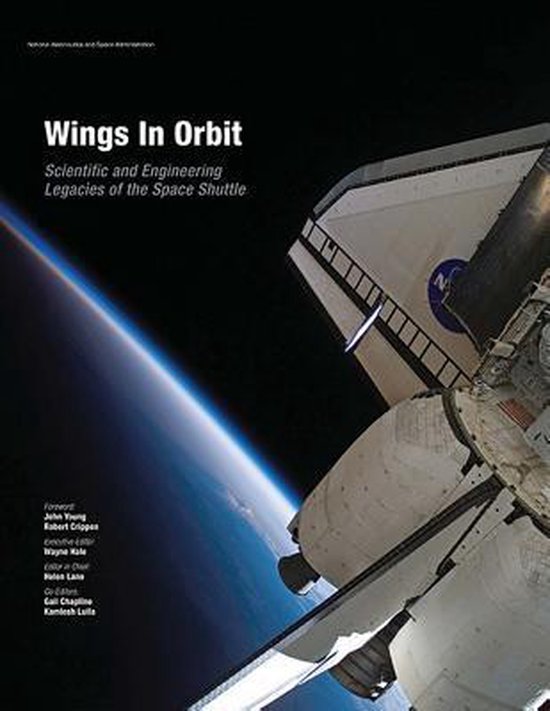 This publication “Authoritatively documents the many accomplishments of NASA's Space Shuttle Program from its origins to the present. Beginning with a Foreword by astronauts John Young and Robert Crippen, this compelling book provides clear, accurate, and authentic accounts from NASA's best subject matter experts, including aerospace engineers who worked with the shuttle program, and leading experts from the science and academic communities. The book captures the passion of those who devoted their energies to the program's success for more than three decades. It focuses on their science and engineering accomplishments, the rich history of the program, and the shuttle as an icon in U.S. history. Its comprehensive overview of the shuttle and its accomplishments, combined with its lucid prose, makes Wings in Orbit a unique resource for anyone interested in the history and achievements of American space exploration." The first great age of space exploration culminated with the historic lunar landing in July 1969. Following that achievement, the space policymakers looked back to the history of aviation as a model for the future of space travel. The Space Shuttle was conceived as a way to exploit the resources of the new frontier. Using an aviation analogy, the shuttle would be the Douglas DC-3 of space. That aircraft is generally considered to be the first commercially successful air transport. The shuttle was to be the first commercially successful space transport. This impossible leap was not realized, an unrealistic goal that appears patently obvious in retrospect, yet it haunts the history of the shuttle to this day. Much of the criticism of the shuttle originates from this overhyped initial concept. In fact, the perceived relationship between the history of aviation and the promise of space travel continues to motivate space policymakers. In some ways, the analogy that compares space with aviation can be very illustrative. If the first crewed spacecraft of 1961 are accurately the analog of the Wright brothers’ first aircraft, the Apollo spacecraft of 1968 should properly be compared with the Wright brothers’ 1909 “Model B”—their first commercial sale. The “B” was the product of 6 years of tinkering, experimentation, and adjustments, but were only two major iterations of aircraft design. In much the same way, Apollo was the technological inheritor of two iterations of spacecraft design in 7 years. The Space Shuttle of 1981—coming 20 years after the first spaceflights—could be compared with the aircraft of the mid-1920s. In fact, there is a good analogy in the history of aviation: the Ford Tri-Motor of 1928. But here the aviation analogy breaks down. In aviation history, advances are made not just because of the passage of calendar time but because there are hundreds of different aircraft designs with thousands of incremental technology advances tested in flight between the “B” and the Tri-Motor. Even so, the aviation equivalent compression of decades of technological advance does not do justice to the huge technological leap from expendable rockets and capsules to a reusable, winged, hypersonic, cargo-carrying spacecraft. This was accomplished with no intermediate steps. Viewed from that perspective, the Space Shuttle is truly a wonder. No doubt the shuttle is but one step of many on the road to the stars, but it was a giant leap indeed. That is what this book is about: not what might have been or what was impossibly promised, but what was actually achieved and what was actually delivered. Viewed against this background, the Space Shuttle was a tremendous engineering achievement—a vehicle that enabled nearly routine and regular access to space for hundreds of people, and a profoundly vital link in scientific advancement. The vision of this book is to take a clear-eyed look at what the shuttle accomplished and the shuttle’s legacy to the world. This book will serve as an excellent reference for building future space vehicles.
Toon meer Toon minder