Winning the Minds Travels Through the Terrorist Recruiting Grounds of Yemen, Pakistan, and the Somali Border 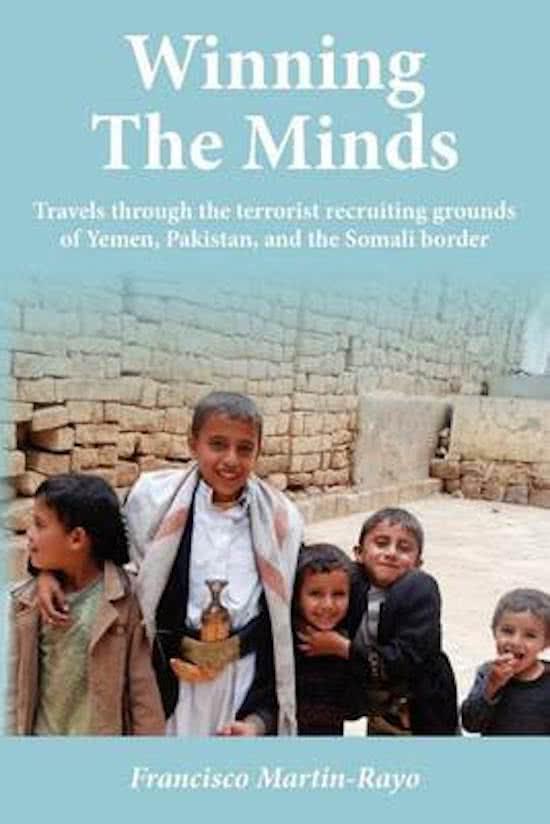 ""Winning The Minds is a thought-provoking analysis rooted in impressive on-the-ground research. A valuable read.""
- Graham Allison, Founding Dean of the Harvard Kennedy School and Director of the Belfer Center at Harvard University "
The Yemeni intelligence officer was yelling at me now, his moustache bristling with rage as he showered me with flecks of spit. "Enta muhim ma'a il jehuddi? Enta muhim? " I tried to translate his words in my head, the fear paralyzing my brain as I begged for a translator. This only seemed to infuriate him even more, as up until this point we had been speaking in Arabic. Muhim... Important. Jehuddi... Jewish. He was asking me if I was important with the Jews. He thought I was Jewish. Another spate of insults and spit followed, and all I caught was Yisrael. He was implying I was a spy for Israel. I gasped as the significance of this accusation hit me. The Yemeni intelligence officers thought they had caught an Israeli spy. If I couldn't convince him otherwise, I would soon find myself handcuffed naked to a chair while they tortured me for information I didn't have." "
How had I ended up here? Less than a year ago I was sitting on the 46th floor of a building in midtown Manhattan, part of the indistinguishable group of young college grads working in finance, and now I was seconds away from disappearing into a Yemeni prison. What turn of events, what decisions, had led me to this moment?"
Having left his job as a hedge fund analyst in New York's financial district to study counter-terrorism at Harvard, Francisco Martin-Rayo's newly chosen path led to a conversation with a top intelligence official. From that single conversation his life would change in ways he could never imagine-and he would learn a simple truth that might change the world as we know it.
Inspired to study terrorist recruitment, Martin-Rayo embarks on a whirlwind journey to the three most fertile refugee camps in the world for terrorist recruiters: Dadaab, Kenya, dominated by al-Shabaab, the most recent al-Qaeda franchisee; the camps around Peshawar, Pakistan, where the Taliban actively recruits fighters; and Kharaz in southern Yemen, right in the middle of al-Qaeda in the Arabian Peninsula's heartland. Describing the countries' histories and conflicts as he details his own travels, he provides a fundamental understanding of the regions, cultures, and people he comes into contact with. Along the way his experiences prove to be hilarious, heartbreaking, and gripping, including: his detention by the Yemeni Intelligence Service after being confused for an Israeli spy; meetings with Pakistani intelligence officials who talk about the beginnings of the Taliban movement and how they funded it; drunken nights with Kenyan government officials who admit to recruiting Somali refugee children to fight against al-Qaeda; and a stroll through a desecrated ancient Jewish cemetery in the middle of al-Qaeda territory. Most interesting, however, are the conversations that the author has with refugee children and terrorist recruits. He comes to realize that US policy is deeply flawed and that there is a key difference between those individuals who join terrorist organizations and those who don't.
Part travelogue, part analysis of American counterterrorism policies in the region, Martin-Rayo's groundbreaking treatise is an eye-opening look into the heart of terrorist recruitment. A gripping story reminiscent of Greg Mortenson's bestseller "Three Cups of Tea, Winning the Minds: Travels Through the Terrorist Recruiting Grounds of Yemen, Pakistan, and the Somali Border " is an extraordinary journey that changes the face of counterterrorism policy forever.
Toon meer Toon minder