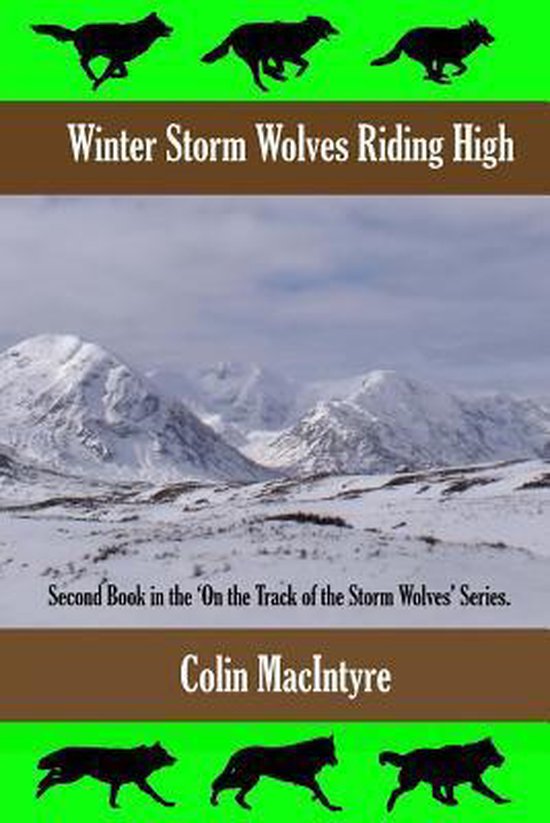 At the bidding of the mysterious MacLeod’s Maidens, Andrew MacKenzie and his friends (known collectively as the Stormy Petrels) are making their way on foot from Mallaig on the west coast of the Scottish Mainland, opposite Skye, south to the wild mountain wilderness that lies between Rannoch Moor and Loch Etive in Argyll. There, they are to search for a particular holly tree where the Cailleach Bheur (the supernatural Winter-Hag) hid her storm hammer long ago. If they manage to find it, they are to take it to the Gulf of Corryvreckan between the islands of Scarba and Jura and drop it down the throat of the treacherous whirlpool of Corryvreckan during springtide on the flood in order to summon the Cailleach Bheur and her pack of tempestuous Storm Wolves. Only then will they stand a chance of defeating an occult secret society called the Inner Circle, which is headed by the Muileartach (the Sea-Hag) and her coven of powerful witches.The way is fraught with many dangers. Not only are they on the run from the police and the Inner Circle, but there are many forces of darkness which are determined to stop them in their tracks. The children must be trained to become fully fledged Storm-Riders before they can face the great battle that is looming.- - - -EXCERPT FROM THE BOOK:They noticed a group of great sea eagles flying overhead. The children were fascinated by their absolute mastery of flight. Sometimes soaring, somersaulting and darting through the air; sometimes, grabbing one another by the talons and spinning round and round together, faster and faster, like acrobatic skydivers.As Andrew watched them, he could not shake off the suspicion that, in some way, these eagles were directing the growing chaos within the Gulf of Corryvreckan. Or was it just that these creatures were so exhilarated by the tempestuous, revolving waters of the whirlpool that they felt inspired to mimic its motion in the air?Even as he was pondering these things, the largest sea eagle swooped towards him. Thinking that the bird of prey intended to attack him, Andrew held up his paddle to fend it off. However, the bird landed lightly on the prow of his kayak and sat there with its back to him. It was a mature eagle; for its tail feathers were of a dazzling pure white. The magnificent bird turned its head and looked straight at the boy with its stern, yet rapturous yellow eyes. Not for nothing were these sea eagles referred to as Iolair Shùil na Grèine, ‘the Eagle of the Eye of the Sun’.Suddenly, it dawned on Andrew that his kayak was being pulled by a very powerful, localized current into the very jaws of the whirlpool. Try as he might, he could not extricate himself from its grip. It was as if his kayak had been caught by invisible grappling hooks that were in the process of dragging him into the gaping maw of the monstrous whirlpool. Still the eagle sat unconcernedly on the prow of Andrew’s kayak. Andrew’s companions were deeply alarmed when they realized that he was in trouble. They cried after him, filled as they were with panic and concern for the life of their friend. Angus paddled his kayak towards the whirlpool in an attempt to help Andrew. The airborne eagles, however, saw this and proceeded to dive-bomb him, one after the other, screeching angrily. “Come back, Angus!” yelled Robert. “You’ll get killed! Leave him alone, you brutes!”Angus, however, could not hear a thing above the roar of the sea and the blast of the mounting gale.
Toon meer Toon minder