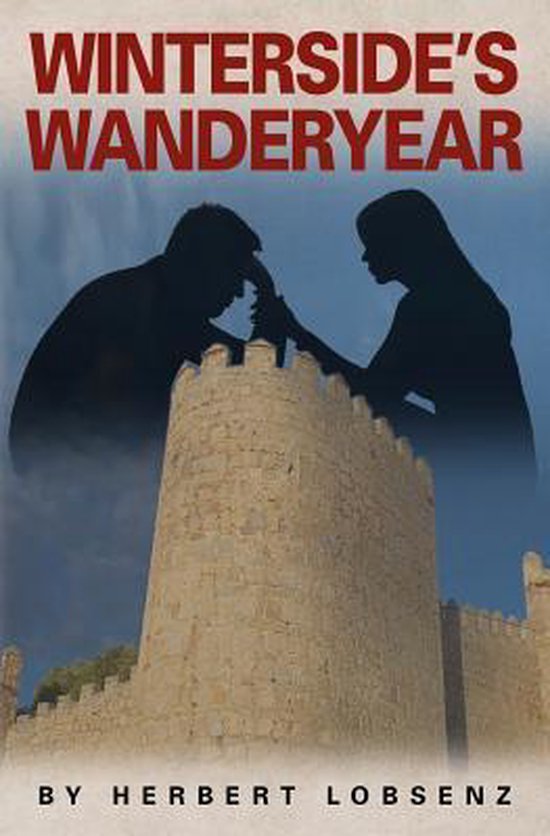 ONE FOR THE AGESBruce PalmerSince Hemingway, no American has written a major novel set in Spainbut in WINTERSIDES WANDERYEAR Herbert Lobsenz gives us just such a novel and it's a great one. Jude Winterside, veteran of the Korean War and a failed, childless marriage, goes to Franco Spain to find a private place for his suicide. He picks a country town near Madrid called Nieblas de Oscuridad: Clouds of Obscurity.Madrid in the 1950s: impoverished capitol of a nation not yet recovered from a civil war, isolated from the rest of Europe, ruled by the continents last great dictator, where life is strictly ordered, but where nothing runs on time, including the old pre-war taxis propelled by burning coke instead of gasoline. Where the evening meal is served at 10 p.m.or laterand cigarettes are sold everywhereone or two at a time; where the Universidad buildings are still pocked by machine gun fire, but where a years tuition for foreigners costs only ten dollars worth of the local pesetas.Winterside is notably normal: average height and weight, open in manner, ignored by waiters, snubbed, patronized, interrupted when he speaks. But he notices everything and forgets nothing, starting with a young studenttall, thin, bearded, lecturing out at the university to a derisive crowd.Days later, he sees the same young man in a crowded cafè in the most ancient part of the city with the most beautiful woman Jude had ever seenflawless skin eyes as black as her hair, hair gathered in a long braid. Winterside feels lonely just to look at her.Satry Cordero, sister to Alonso, the bearded orator. Jude becomes the orators friend and listener-in-chief, and the beautiful young womans lover.Alonso is an eccentric philosopher out to recruit followers and save the world. Like those of old, he is fond of debate, dreams of perfections, speaks in parables and loses verbal duels to his witty and fearless sister and to Telluriano, aide-de-camp, and only member of Alonsos Invisible Army of Guardians. Together, they are Don Quixote and Sancho Panza reborn, and persons of interest to the Falange, Spains Fascist Party, and to the partys secret police.As the story widens, adds more characters and grows more comic and complex, the style and structure become more intricate, more Spanish and enriched in both method and menace. As the author sets the scenes the principals play, the darker truths of Madrid in the 1950s: the iron fingers of fascism, the casual violence of cafè quarrels, the indifference and greed, parental failure, the simmering student rage require a cinematic structure, multiple points of view, a variety of locations, an aura of gathering menace. Complexities and conspiracies, more characters, ironies and caustic humor of a quality rarely seen in American fiction these days. The characters are not so much larger than we are used to, but better realized and in superior prose. Lobsenz is a master of human foibles, goofiness and complex emotions, slow motion pain, the power of our second thoughts. Wintersides Wanderjahr slides from inner suffering to public cruelty, abandoned dreams, broken bones, kisses, shouting in the streets and blood on the paving stones.Important for us, are those passages of passion and love-making that rise like music in the heart, the ecstasies of touch when sensation becomes joy and beauty. Our prose, in lesser hands, has become a swamp of porn. Lobsenz creates scenes of Jude and Satry that are near poetry. No one else these days writes of physical love so wisely or so well.Someone wrotenot long agothat We murder to dissect. It is an unworthy waste to do that to a novel so perfectly wroughtso unique in discourse, so rich in dreams and disaster.No more of this. Go find and read this book, carefully and slow. It is a timeless tale of humanity that needs only to be read, to be known as great, marvelousof the sort that appears only every fifty years or so.You will never forget the final page.
Toon meer Toon minder