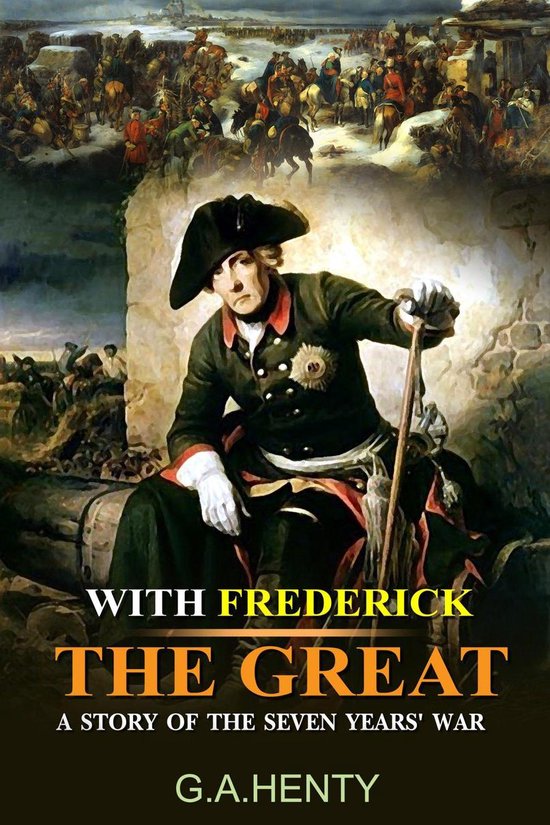 Among the great wars of history there are few, if any, instances of so long and successfully sustained a struggle, against enormous odds, as that of the Seven Years' War, maintained by Prussia--then a small and comparatively insignificant kingdom--against Russia, Austria, and France simultaneously, who were aided also by the forces of most of the minor principalities of Germany. The population of Prussia was not more than five millions, while that of the Allies considerably exceeded a hundred millions. Prussia could put, with the greatest efforts, but a hundred and fifty thousand men into the field, and as these were exhausted she had but small reserves to draw upon; while the Allies could, with comparatively little difficulty, put five hundred thousand men into the field, and replenish them as there was occasion. That the struggle was successfully carried on, for seven years, was due chiefly to the military genius of the king; to his indomitable perseverance; and to a resolution that no disaster could shake, no situation, although apparently hopeless, appall. Something was due also, at the commencement of the war, to the splendid discipline of the Prussian army at that time; but as comparatively few of those who fought at Lobositz could have stood in the ranks at Torgau, the quickness of the Prussian people to acquire military discipline must have been great; and this was aided by the perfect confidence they felt in their king, and the enthusiasm with which he inspired them.


Although it was not, nominally, a war for religion, the consequences were as great and important as those which arose from the Thirty Years' War. Had Prussia been crushed and divided, Protestantism would have disappeared in Germany, and the whole course of subsequent events would have been changed. The war was scarcely less important to Britain than to Prussia. Our close connection with Hanover brought us into the fray; and the weakening of France, by her efforts against Prussia, enabled us to wrest Canada from her, to crush her rising power in India, and to obtain that absolute supremacy at sea that we have never, since, lost. And yet, while every school boy knows of the battles of ancient Greece, not one in a hundred has any knowledge whatever of the momentous struggle in Germany, or has ever as much as heard the names of the memorable battles of Rossbach, Leuthen, Prague, Zorndorf, Hochkirch, and Torgau. Carlyle's great work has done much to familiarize older readers with the story; but its bulk, its fullness of detail, and still more the peculiarity of Carlyle's diction and style, place it altogether out of the category of books that can be read and enjoyed by boys.


I have therefore endeavoured to give the outlines of the struggle, for their benefit; but regret that, in a story so full of great events, I have necessarily been obliged to devote a smaller share than usual to the doings of my hero.